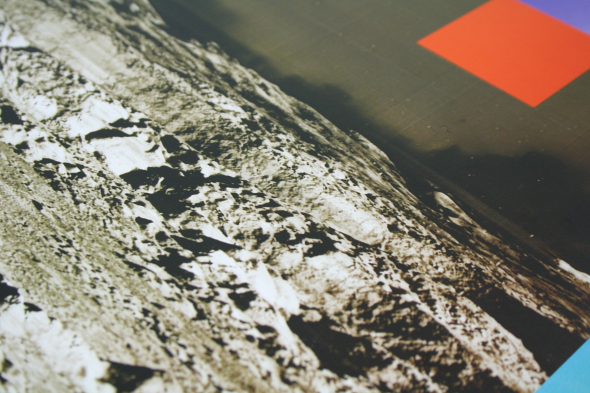 It came as something of a surprise when Throne of Blood announced that their next release would be the first in a conceptual series of ambient compilations entitled Moon Rock. While the label has largely impressed since its inception in 2006, it has been through the sheer force, power and eccentricity of its dancefloor-focused 12” singles. Sure, there have been curious twists in that time – the Rephlex revivalism of Pink Skull’s Braindance EP and the metronomic slo-mo chug of the Hardway Brothers’ A/B Music 12” spring to mind – but the label’s back catalogue features few moments of stargazing calm or ethereal atmospherics. 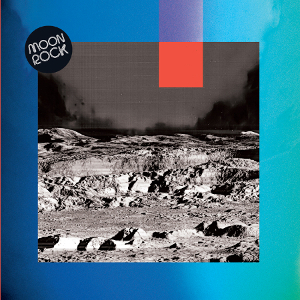 The Moon Rock concept is, as all good concepts usually are, deliciously simple. A year ago, 12 artists – some well known, such as Simian Mobile Disco and Space Dimension Controller, others barely recognized outside the electronic underground – were asked by TOB boss James Friedman and pals Cosmic Kids to “explore the outer reaches of electronic ambience, cosmiche vibrations and crystalline acoustics”. Or, in plain English, “make some ambient tracks”.

Happily, the results are for the most part enjoyable, offering the sort of immersive soundscapes that recall the halcyon days of the early ‘90s ambient scene – bean bags, UV wall hangings and all. In fact, on occasions it sounds remarkably like some of the material found of Rising High’s Chill Out or Die series of compilations, which boasted cuts from such horizontal explorers as Deep Space Network, Pete Namlook, Irresistible Force and label boss Caspar Pound.

Of course, whether or not you enjoy Moon Rock I will depend entirely on your attitude towards this kind of heavily electronic, head-in-the-clouds ambience. In some ways it feels out of step with contemporary trends, where beatless music tends to be glitchy, dubby or blessed with all manner of analogue white noise. Yet the fact that its’ influences are so vintage – and, for the most part, overlooked – gives it a surprising freshness (even if ‘90s ambient itself was an re-hash of old Tangerine Dream, Eno and new age records). Of course, those who remember ambient house with fondness will feel right at home.

Highlights are, pleasingly, rather plentiful. Amidst the one-note Namlook tributes and floatation tank atmopsherics you’ll find the intergalactic, dubbed-out explorations of “Inflatable Pool” by RV/RL, an old alias of Space Dimension Controller. It’s off-kilter, dubbed-out pulse, sparse synth melodies and barely audible vocal samples make the track sound like an unused track from the sessions for Jimmy Cauty’s 1990 ambient LP, Space. More unsettling is Juju & Jordash’s “Stroop”, an impressively chilling paddle around murky waters. It sounds like it was created for the soundtrack of a bizarre horror film about cave divers being chased by killer sharks. Something like that, at least.

Glaswegian duo Naum Gabo impress with “Dino”, a Tangerine Dream-inspired trip into hypnotic post new-age territory that bears comparisons with the work of Confused House and Steve Moore. The latter’s contribution to Moon Rock is actually a bit of a let down given his usual high standards in this area. That said, there’s more than enough surprises elsewhere to make up for this disappointment, from the undulating, intergalactic bliss of Lexx’s “A Place In The Haze”, to the droning analogue creepiness of Evan Stalker’s “Ganzfeld”, which offers a fittingly atmospheric conclusion.

Perhaps the real standout, though, is Pittsburgh Track Authority’s glacial “Choritronic”, which bubbles and spits attractively over six intensely picturesque minutes. Like much of the material, it sounds like it was produced in some bygone, naïve age, where lying down in the chill out room after a few too many “refreshments” was an integral part of any night out. And that’s what Moon Rock is; a slice of early ‘90s ambient culture brought forward 20 years. To these ears at least, that’s no bad thing.