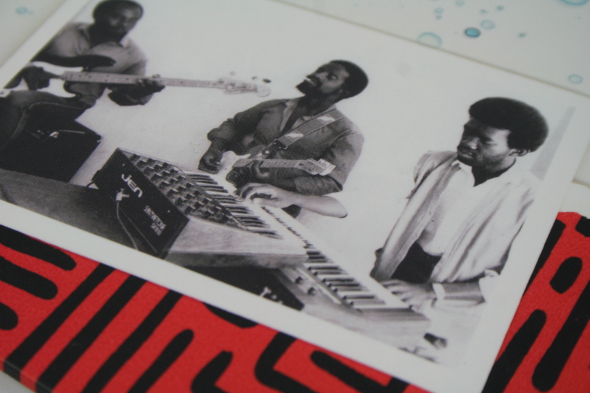 Even though you can count the releases that Toronto’s Invisible City Editions have released on one hand, they’ve made sure that each one counts. Beginning with two cassettes from cosmic disco icon Beppe Loda, their vinyl series have showcased a handful of criminally overlooked disco classics from artists from the West Indies, such as releasing previously unheard extended versions of Michael Boothman’s “Waiting For Your Love”, completely re-mastered from the original tape. And of course, Disco Illusion by Stephen Encinas was the single that whipped the world into a frothed-up frenzy, lauded by DJs across the globe, from young treasure hunters like Motor City Drum Ensemble to veteran names like Gilles Peterson and Joey Negro. 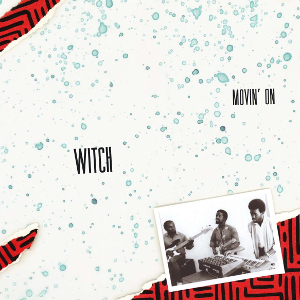 Attempts to reach label owners Gerard Abugaan & Brandon Hocura were met with the discovery they were just leaving the country to embark on another journey to Trinidad to unearth future releases. What’s especially notable about Invisible City is their devotion to ethical reissues, ones that bring the original artists back into the picture, creatively and financially. In a city like Toronto, where a recent Awesome Tapes from Africa show was cancelled over an all-white lineup, Invisible City’s choice to bring the artists they focus on into the picture is comforting.

With pretty high stakes already set for this budding label, their fifth release from Zambian jam-band Witch – whose name is actually an acronym for “We Intend to Cause Havoc” – does not disappoint in the slightest. In fact, in an era where most reissues are limited to one or two extended versions of a popular single, Witch’s 8-track LP feels like a gluttonous offering. The opening track “Movin’ On” immediately lets you know that Witch are starting things off in full-on boogie mode, with a rollicking bassline, brassy horns, dramatic piano chords, and Christine Jackson’s glass-shattering vocal pipes, which still sound gloriously pitched up even when you’re playing it 8 BPM slower.

Often dubbed the ‘Zambian Fleetwood Mac’, Witch’s merger of American and African influences sounds are most audible on “To Be Felt,” belted out with their distinctive confidence of Stevie Nicks as Balearic longing merges with superbly catchy vocal harmonization. Patrick Mwondela’s synthesizer solo work is enough to drop jaws – playfully darting around the rhythms of the track with expert ease. “It Was You Boy” provides a much needed breather afterwards – a piano-led ballad that never approaches plodding. This writer has always been extremely wary of ballads as the self-indulgent moment when bands privilege masturbatory sappy lyricism over engaging textures and rhythms, but Witch know how to get in there, evoke as much as possible, and then wisely duck out.

A-side closer “I’m Coming Back” is a tune that might’ve shown up in the Paradise Garage during the early hours of the morning if Larry Levan had better international connections; it’s “ha ha ha ha ha” chorus providing a hedonistic singalong moment of the album’s first half. And it’s around the time that the opening, swelling orchestral horns kick off “My Desire” that you realize “oh my god, there might not be a single bit of filler on this album”. Though it’s one of the longer songs on the album, “My Desire” is just begging for a thirteen minute extended version. Witch member Emmanuel Chanda recently spoke in depth with RBMA about the Zam-rock scene, discussing how influences were gleamed from Europe, America, South Africa, and pop music of the West. “You are my Sunshine” synthesizes all these masterfully, with a chorus that evokes a powerful sense of heartbreak – turning the lyrics “sleep on / I need you/ if you sleep on I’ll love you” into a gorgeous pathos-doused chorus.

Viewing album closer “Let’s Get Together” in the context of Witch’s history gives a bit of a tragic ending to the album – recorded before the scourge of the AIDS pandemic rocked the country, and before the bootlegging industry took off in a way that shook the band’s core financially, the sunny chorus of “we’re gonna make it, you and I” feels naively out of line with the hand that the world dealt the group. But Invisible City’s next release will be a re-release of the group’s final album, Kuomboka. Embracing their Zambian roots more extensively and featuring more incorporation of electronic sounds, it’s reassuring that this won’t be the end of their legacy. And after listening to Movin’ On multiple times, this writer is more assured than ever that Witch deserve a legacy.