Tabernacle have Visionz Of An Abstract Plane 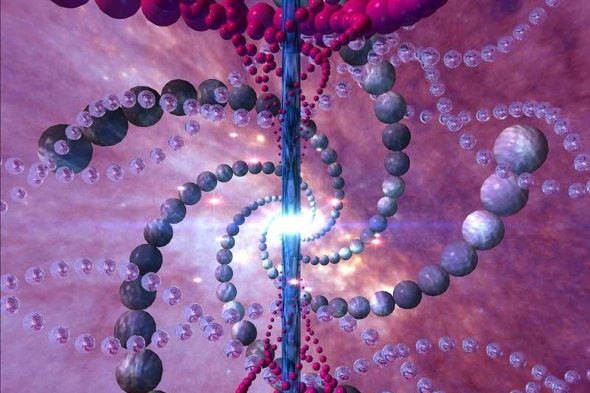 Preview Tabernacle’s next release which comes from the mystical online presence known only as Scientific Dreamz of U.

If you tuned into our most recent podcast from respected selector Braiden you may have been charmed and intrigued by the sounds of “Journey in 2 the Light {Self-Healing & Re-birth}”, a track from new Tabernacle signing Scientific Dreamz of U. In a similar manner to the trail of online breadcrumbs that the Mood Hut crew leave in their path, you could expend several gigabytes worth of browsing data trying to uncover more about Scientific Dreamz of U’s self-styled “Data transmissions from the occult frontiers of ur mind,” but your time is perhaps better spent enjoying the fruits of their labour.

As the below previews suggest, whoever is responsible for the forthcoming Visionz Of An Abstract Plane 12″ has a firm grasp of the weirder end of the techno spectrum, with the fizzing industrial disco of the aforementioned “Journey in 2 the Light {Self-healing & Re-birth}” complemented by some new age rhythmics that wouldn’t sound out of place on a Legowelt release.