An album from oMMM will inaugurate the new label from NTS show Alien Jams next month.

Alien Jams has been a mainstay on Dalston’s NTS radio station since 2011 with a focus on sonic obscurities and digging deep into early electronics, while also showcasing present day experimentation that makes for consistently compelling listening. Hosted by occasional Juno Plus contributor Chloe Frieda, Alien Jams has gradually expanded its remit to include events, with Karen Gwyer, Joane Skyler and Shelley Parker amongst previous performers with a Ekoplekz gig at Café Oto slated for early next month.

Now plans for an Alien Jams record label have been revealed, with the honour of the debut release on the imprint falling to oMMM, the self-styled ‘bedcore’ project of Lancastrian musician Edmund Davie, who has been developing a ramshackle take on space-pop built out of freaky synths, four-track tapes and old drum machines over the course of the past decade. Entitled Parallel Lines Converge, the six track album is described on the accompanying press release as “a vast expanse of sonic no-man’s land, all the while teetering on the brink of madness.” Interested parties can get an idea of what to expect with album track “Continuum” streaming below, whilst the whole LP can be previewed at the Alien Jams Bandcamp.

Alien Jams will release Parallel Lines Converge by oMMM on May 13. 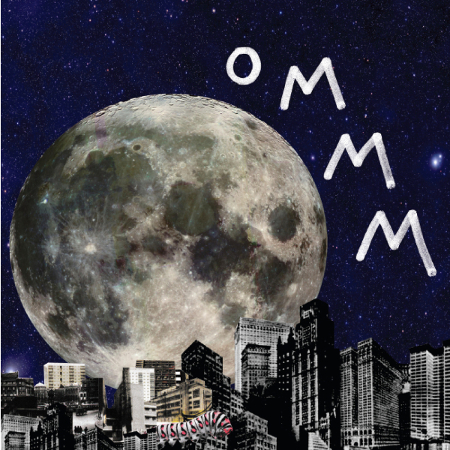