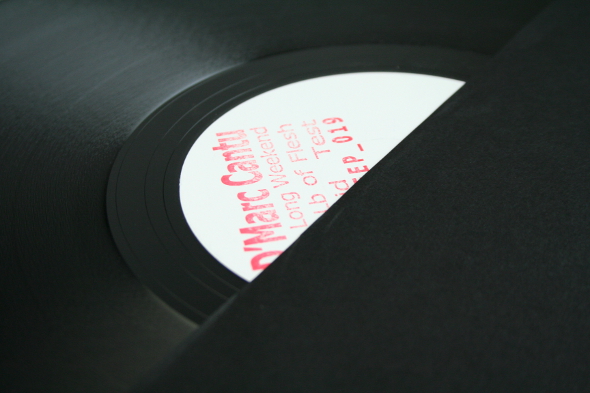 While some of his Jakbeat associates have embraced EBM, new wave and industrial, US producer D’Marc Cantu has kept his focus on classic house sounds. It means that his productions are not as off the wall as last year’s Charles Manier album from Tadd Mullinix or have that unpredictability that characterise Traxx’s DJ sessions. Despite this, Long Weekend navigates a impressive path through the myriad of samey deep house cast offs and single idea jack tracks. It also doesn’t sound too similiar to anything else on Aroy Dee’s label, despite MOS Deep’s catalogue drawing on similar influences. 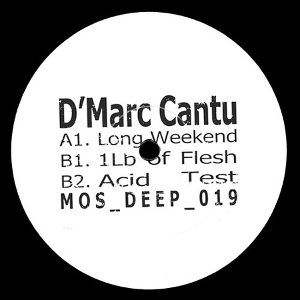 “1lb Of Flesh” is a powerful workout, providing a depraved iteraton of acid trax. Led by a cacophony of gurgling 303s, it features voices screaming in the background, relentless drums patterns building and building and the malevolent whiff of a Fast Eddie production. “Acid Test” is just as primal. The tempo is higher and the acid lines more sinister than before, but the track’s driving force is its bassline. Rough around the edges but functional, it displays the same supernatural power as Suburban Knight’s “The Groove” or E-Dancer’s “Heavenly”.

It’s in stark contrast to the title track “Long Weekend”. Here Cantu also taps house music, but in this instance it’s the deeper, esoteric sound pioneered by Larry Heard – and sounds informed by the production on the seminal artist’s Dance 2000 album. The bassline churns and warbles in the best Heard tradition, the floaty, airy chords are subdued but provide the desired atmospheric effect and the propulsive hats give the arrangement sufficient impetus to work on the dance floor.

At the time of writing, this is Cantu’s third release so far this year, but he shows no signs of losing his lustre or his productions lapsing into over familiar patterns. Other artists working in this sphere would do well to listen and learn from him.