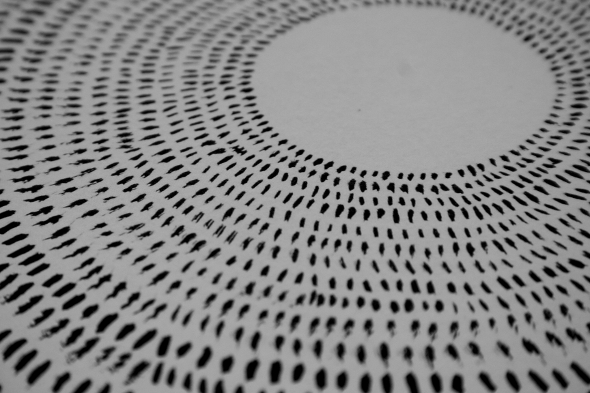 Spanish producer Pettre has got something of an impressive track record when it comes to creating evocative, emotion-rich electronic music. As one half of sometime Hivern Discs and Mathematics duo Aster, he’s delivered a string of fine 12” singles that join the dots between shape-shifting, immersive ambience, vintage electronics, weary deep house and glistening dancefloor Balearica. Now he’s decided to strike out on his own by setting up his own label, Modern Obscure Music, and adopting a new pseudonym, Pedro Vian. Crucially, he’s also got a couple of similarly inspired producers to weigh in with remixes. With Madteo and Hieroglyphic Being (AKA one-of-a-kind analogue abuser Jamal Moss) on board, fireworks are all but guaranteed. As a result, Dancing Hindus is not defined by Pettre’s deliciously sleepy, ethereal original tracks – however fine they may be – but rather by two contrasting reworks that are little less than stunning. This is not to say that Pettre’s tracks are not impressive; in fact, the two cuts on offer would be strong enough to carry the EP on their own. 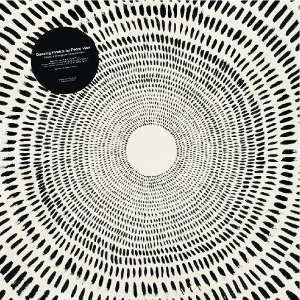 Lead track “News From Near Future” is particularly potent. Dreamy, melancholic and immersive, with Selected Ambient Works-era Aphex Twin style chords and melodies tumbling over a shuffling deep house rhythm, it’s simultaneously worryingly bleak and heart-achingly poignant. There’s a teary intensity to the melodic arrangement, while the creepiness of some of the electronics adds barely needed drama. It’s a sublime piece of electronic music, all told, with the track’s dancefloor potential seemingly of secondary importance.

This melancholic, introspective theme comes to the fore on Madteo’s superb remix, which comes blessed with a particularly bleak subtitle (“No Hay Nada en el Futuro”, which literally translated means “There Is Nothing In The Future”). The Italian producer leaves nothing in the locker, turning the track into a 15-minute electronic symphony in three distinct parts. It begins slowly, with woozy chords and a crackly, snare-heavy dub house rhythm gradually increasing in tempo. Over this sturdy but strangely fragile groove Madteo places undulating analogue melodies, woozy chords and a sampled vocal pleading with listeners to “leave me alone”. Around the eight minute mark, this introspective mixture ends abruptly, making way for a period of spacious, low-key electronic ambience – all cut-up synth doodles, spitting bleeps and tipsy chords. It gets progressively calmer, before pulsing sub-bass marks the next musical shift.

This last section is, perhaps surprisingly, the most positive of the three, with blissful chords and becalmed new age electronics drifting along above a tough but loose deep house groove. The sub-bass and rhythm provide power and movement, with the subtle poignancy of the melancholic chords offering a weary focal point. By the time the remix breaks down to its hazy conclusion, you’re left in no doubt as to Madteo’s maudlin worldview. Still, even after 15 minutes you’ll be keen to listen to it all over again; it really is that good.

Jamal Moss performs a similarly impressive transformation of the EP’s other original track, “Dancing Hindus”. Pettre’s version is slow, exotic and otherworldly, with shimmering synthesizer melodies tumbling over a sludgy groove and long, drawn-out, intergalactic chords. It sounds like a Hivern Discs take on the Crimes of the Future sound, and is similarly poignant in its execution. It’s relatively picturesque, though it does feel like it should be providing the soundtrack to the last days on Earth, rather than some fine views of the Catalonian coast.

Somewhat predictably, Moss’s interpretation is an altogether more intense, robust proposition. He seems to have used very little of the original – besides, perhaps, the fine drum machine beats – and instead has delivered an analogue acid house jam of fearless, bone-crunching intensity. The drums are fuzzy, heavy and in-your-face, but the track’s draining, energy-sapping feel is more a product of the seemingly endless waves of distorted, twisted, 303 tweakery that surge from the speakers like the charge of an alien army hell bent on the total annihilation of earth. Throughout its’ nine-minute duration, the mix feels like a personal assault – the aural equivalent of having your kidneys punched repeatedly by Vladimir Klitschko (assuming, of course, he was wearing boxing gloves decorated with nails and shards of broken glass), while intoxicated cannibals dance around your writhing, bloodied corpse.

That might sound bleak, but it is. The thing is, it’s also superb – a loose, heavily percussive chunk of next-level acid madness that could only come from Jamal Moss, a producer whose obsession with raw intensity seemingly knows no bounds. It naturally sits uncomfortably with the rest of Pettre’s fine EP, but that only intensifies its’ wonky charm. It’s a perfect counterbalance to the Spaniard’s deep, introspective electronica.