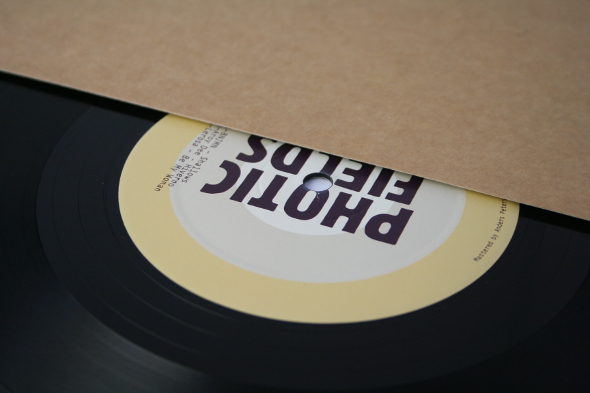 Like that other Dutch label with ‘field’ in its name, Photic Fields’ latest release features contributions from a group of artists rather than one producer. Another similarity with the Field Records split series is Fields of Light focus does feature Dutch talent in the shape of Aroy Dee and Metropolis, but this release also looks to artists from the UK and Ireland. This is no surprise as Photic Fields’ back catalogue features releases from Leonid, Lerosa, Automatic Tasty and Perseus Traxx. Unsurprisingly then, the Anglo-Irish connection is strong on Fields Of Light. 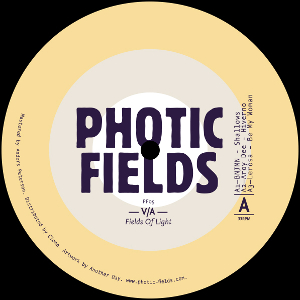 Italian in Dublin Lerosa provides a follow-up to last year’s Woman Flew Home release on the label, with “Be My Woman”. An understated, gradually building pulse provides the backing for deliberate drums, spacey synths and what could be a trumpet sample integrated into a squelchy acid line. It makes for a wonderfully unhurried, drawn out groove. Perseus Traxx is also in a mellower mood than usual and “Quiet Resignation” sees him let dreamy synths rather than furious acid lines lead the charge over his trademark snares and claps.

In fact, the only track with a hint of menace is Metropolis’ “Black Hole”. This is mainly to do with the squelchy bass that Nick Lapien uses as a basis, but the tranced out melodies and muffled vocal sample offset any sense of darkness. Aroy Dee’s “Hiverno” is also slower and more reflective than the Amsterdam producer’s classic techno, but neither Dee nor Lapien deliver the EP’s most introspective tracks.

That honour is shared by BNJMN and Tr One on the tracks that open and close this release. “Shallows” by the Rush Hour regular is a cinematic techno affair that reminds this writer of vintage Carl Craig and John Beltran. Irish act Tr One also deliver a melodic take on techno, but “Soaring” is more nuanced than BNJMN’s contribution. Tinkling bells, brittle percussion and fragile keys make for some of the most understated but beautiful techno – maybe they should have called the release Field of Dreams.