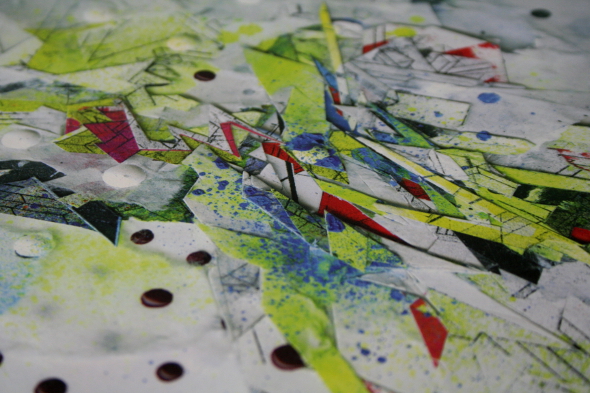 In the wake of a healthy general interest in techno, there’s been less said about the value of the wonkier end of the spectrum. There’s plenty of slamming, industrial tinged brutalism, dubby hypnotism and fusion styles that draw on other musical phenomena, but for a faithful few there’s a lack of discussion about, or more importantly playing of, the kind of jerky, depraved sound that once got dancefloors unhinged and spoke to the most primal of noise junkies. It’s a sound that was spearheaded by Neil Landstrumm and Cristian Vogel, while giving rise to plenty of other artists with a similar taste for the freakier side of techno. After all, why couldn’t pounding club music be shaped to sound like total mental collapse? An acquired taste maybe, but one that surely lends itself to these malleable times as much as any other revived style. 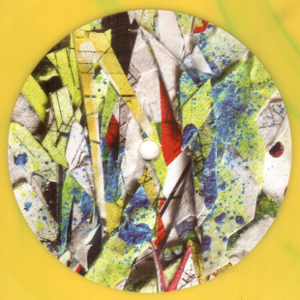 We’re not looking for carbon copy updates of course. No-one needs another “Praline Horse” in their lives, and to be fair labels such as Snork Enterprises have done their bit to fly the flag in interim years, but in Sawlin it’s pleasing to hear that peculiar aesthetic coming through in a new and interesting way. There’s a particular angle needed to fully nail the wonky techno approach, managing to be both tough and psychedelic in equal measure, which is not the easiest combination to pull off. “Kontraktion” however achieves this affect very quickly, bounding in on a loping, thunderous kick pattern embellished with psychoactive samples that crawl through glutinous processing that renders the sounds shapeless as they slide around the mix. With occasional prank-call nightmare vocal huffs looming, the decoration is clearly arranged to set you off course, but this is still a driving, mean-tempered techno track with no intention of letting you go. The lurid bassline makes sure of that, before the momentary strings that come in throw you even more askew in their harmonious nature. When such tender devices can be deployed to heighten your disorientation, you know you’re in the right place for mind-alteration.

Taking a more slippery tact compared to its predecessor, “Padjam” gets a swing on without any kind of anchoring low-end rumble for guidance. There are flutters of chord and bleep, not to mention plenty of anonymous electronic interference, making this far from a minimal affair, but it also revels in keeping anything so satisfying as a discernible beat just out of audible reach. It’s the exception to the rule, as the title track proves with its thudding, tonal kick and growling electro bass. It may take a more linear path compared to “Kontraktion” but it uses this firm structure as ballast for a wealth of samples that progressively feed into the mix and clutter the track up wonderfully. “Weißhaupt” is more overtly off-kilter as its kick and bassline flirt with each other while a selection of avant-garde tones and textures colour the musical space. While the range of sounds may not be quite as cluttered, the added space allows for a more subtle approach to the wonk. It may not be trying to proclaim its stability issues, but they’re there for all to hear.

This is definitely not an EP concerned with carrying on what those early exponents of off-the-wall techno started. The influence of aforementioned artists is only a bit part in Sawlin’s dynamic sound, which maximises on modern production and an appreciation for the weirder things in life. Whatever the case, he’s succeeded in creating a perfect slice of contemporary wonky techno, and in this climate that makes him a noteworthy artist. We might not need a wonky techno revival, but it sure sounds good hearing something playful in the ears.