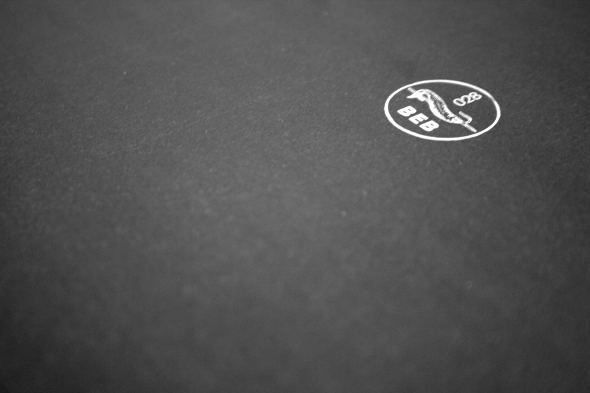 Although we’re certainly not short of releases from the various projects revolving around the axis of Bristol’s Young Echo collective, Vessel, El Kid and Jabu’s Killing Sound has remained the one collaboration frustratingly low on recorded material, with only one side of a cassette on the No Corner label to their name. Entitled “Real Love”, that early 18-minute foray into hardware exploration had much in common with fellow Bristolian Ekoplekz’ freestyle improvisations rooted in dub, hinting at a project that was prepared to go into much more nightmarish territory than much of the collective’s other work. 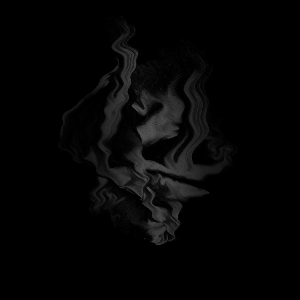 It’s unsurprising then that the outfit’s debut release proper sees release on Blackest Ever Black. Unlike the freeform improvisation of the trio’s early release however, the four tracks on offer contain the same kind of focused exercises in dread as the kind labelmates Raime are known for, albeit channeled through the dub tradition of their native Bristol. It’s why these four tracks come described by the label as “oblique soundsystem murderers”, pressed “obnoxiously loud” across two 12”s. If you were expecting something along the lines of the more straight up dub and dancehall sounds of Young Echo’s Ishan Sound, or Kahn & Neek’s Gorgon Sound however, you’d be very much mistaken.

“Six Harmonies” seems to exist in stasis for much of its five minutes, placing its clipped vocal in a holding pattern around its pastoral chord drone. The regular bass which underpins the whole thing is the only thing that identifies it as coming being inspired by dub, but the mood is more seance than dancehall. “Thousand Hands” makes its references more obvious; a lone, reverb-heavy guitar chord rings out across a skeletal digidub lead, each element hanging off its emaciated frame like baggy, decaying skin while lone gunshots and automatic rifle fire ring out. While other producers would use these sounds to offer percussive variety, in Killing Sound’s world, they become the soundtrack to a massacre, albeit a disturbingly beautiful and delicate massacre.

To simply describe the tracks on Killing Sound as an exercise in dub deconstruction however would be to do them a disservice. The baroque vocal sample which makes up the core of the striking “Eight Methods” feels more like Dead Can Dance than dancehall, a less confrontational, more poignant moment than the rest of the material, and despite “Water Boxing” starting off with vocals presumably sampled from a vintage reggae 7”, the grim mood created by the shackling percussion, tolling chime, and looping chant feels ritualistic in its construction. It’s an apt conclusion to these four tracks, which come across more like four soundtracks to arcane worship than the sort of thing you’d hear blasting out of a carnival soundsystem. For those of this persuasion, Killing Sound is the most effortlessly visceral collection of material to come from the Young Echo crew yet.