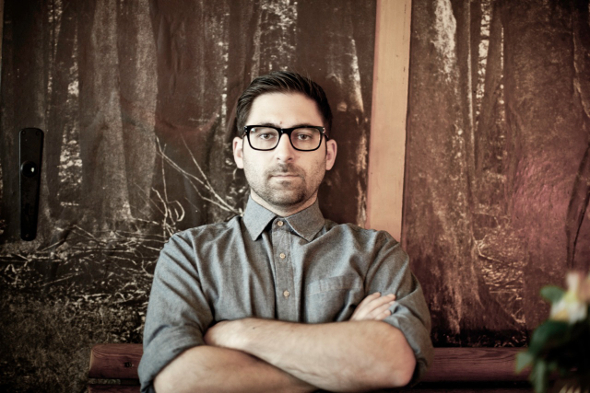 The first 12″ for the Romanian’s new label is set for a release in early June.

Taking inspiration from the name of his 50Weapons release from 2011, Cosmin Nicolae revealed to Resident Advisor this morning his soon to be launched label, Fizic, is something he’s long considered a rite of passage, while also detailing it will be a platform to push his creative boundaries. In recent years Cosmin TRG has played an important role in the success of 50Weapons, releasing two albums for Modeselektor’s label, including last year’s album Gordian, while prior to that he helped to inaugurate now well recognised outlets such as Hessle Audio and [NakedLunch] as well as the fondly remembered Rush Hour Direct Current series.

Mexican designer Mircea Turcan will help curate Fizic’s artistic direction, and each release will be accompanied by a video. The debut 12″ features two tracks, “Repetitiv” and “Vernacular”, while a second release is reportedly in the pipeline for later this year. “The music and imagery on the label will hopefully convey my perspective on things, how I look and listen to what’s around me,” Nicolae told RA. He also adds that narrative won’t really play a role in the label and that Fizic has “no heavy message attached—the sounds and visuals will do their respective thing, no nonsense.”

Cosmin TRG will launch Fizic with Fizic01 on June 2.