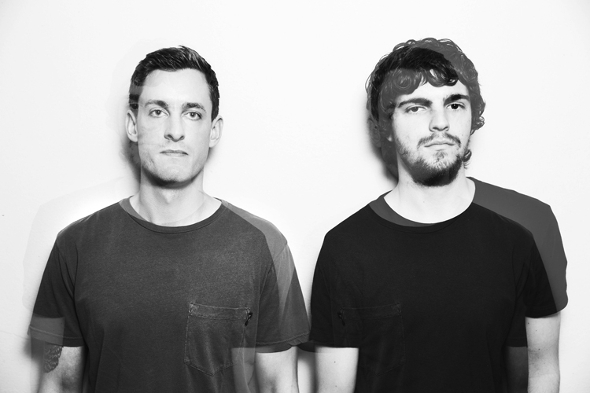 The track comes from the hardware techno duo’s Improvisations EP, released on RVNG Intl this month.

Emerging at the tail end of last year with the excellent Syndrome Syndrome album on RVNG Intl, Australian duo Gardland showed themselves to have a distinctly psychedelic take on the increasingly well-worn hardware techno sound, coming across like a much grittier version of fellow RVNG artists Blondes. Later this month the duo will return to RVNG Intl with the three-track Improvisations, which collects three live performances originally made for local Australian radio in early 2012. The label have unveiled the below video to accompany “0214 Pt. 2”, which contains the sort of heavily saturated, trippy VHS visuals you might expect to see on one of Luke Wyatt’s videos, before switching to a first-person perspective that rips you out of the analogue world into bewildering reality.