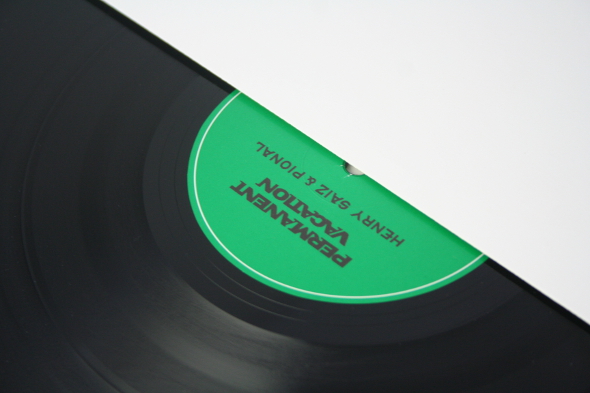 At first glance, this collaboration between Spanish producers Pional and Henry Saiz might seem a little unlikely. While the former has built his reputation on creating unusual takes on deep house for Hivern Discs and Permanent Vacation, the latter is best known for his releases on Bedrock and Renaissance, where he joined the dots between chunky tech-house, hypnotic minimal techno and post-progressive house. While Pional represents the Spanish new school – cool, unflustered, open-minded and dedicated to the joys of analogue gear – Saiz is an old head with strong links to the mid-2000s “Iberican” tribal and prog house scene. Put in these terms, they make a very odd couple indeed. 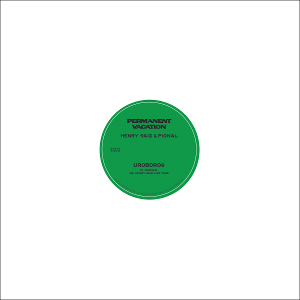 Yet it actually makes perfect sense. Both producers put mood and melody at the heart of their productions, and seemingly strive – successfully, for the most part – to compose tracks rich in aural imagery. The palette of sounds they use and their target audiences may differ slightly, but they share a love of sun-drenched atmospherics and spine-tingling electronics. Given that an Orgue Electronique remix of Saiz’s “Our Discovery” appeared on Crème Organization last year, the two producers may not be all that far apart musically after all. Interestingly, “Uroboros” is not a new production. It was created when Pional was still taking his first steps in electronic music, and appeared on a digital sampler for Saiz’s 2011 compilation Balance 019. That it is now getting a release on vinyl is not only testament to its enduring quality, but also its slept-on nature. That we all missed such a gem is frustrating, but hats off to Permanent Vacation – whose remix also appeared on that digital release – for giving it a new lease of life.

Certainly, “Uroboros” plays to both producers’ strengths. Its’ shuffling 105BPM rhythm – heavy on jazz cymbals and blessed with an attractively loose swing – underpins fuzzy, atmospheric chords, melancholic analogue synth melodies, and undulating electronics. The melodies are bold and attractive, the production enveloping and polished, but with enough rawness to please the heads. It’s a cliché to describe records as “wide-eyed”, but in this instance it’s accurate; it sounds like the soundtrack to watching the sun rise over the Adriatic, or the Spanish countryside whizz by on an early morning drive across the Iberian peninsula. With “Uroboros”, the pair have captured the essence of what they do, and given it a loose, organic twist that the track particularly appealing. By the time it breaks down in stages during its final throes (a classic progressive house technique), you’ll wish it could last forever – or for a few extra minutes, at least.

Arguably even better is Saiz’s own “Live Take”, the only previously unheard track on the EP. Operating at a more obviously dancefloor-centric tempo and blessed with a different, disco-influenced bassline, it builds brilliantly via waves of vintage synths, tactile pads, crispy cowbells, tactile organs and choral samples. Weirdly, it has a similar feel to Orbital’s “Belfast”, arguably the Hartnolls’ finest moment, though musically the similarities are sketchy, at best. Either way, Saiz has captured a similar mood to that expressed in “Belfast” – that moment when all you want to do is hug complete strangers before stumbling home, squinting into the piercing sunlight after what feels like the best night of your life.

In comparison, Benji Froḧ̈lich and Tom Bioly’s Permanent Vacation Remix is a little disappointing. That’s not to say that it’s not good – it distills the essence of the track into a more obviously DJ-friendly deep house-meets-Balearic framework – just that it feels a little subdued in comparison. That said, it’s the most obviously DJ-friendly of the three tracks, and will no doubt become something of a staple in open-air sets over the summer. It’s that kind of cut.