The Body are At The Mercy Of It All 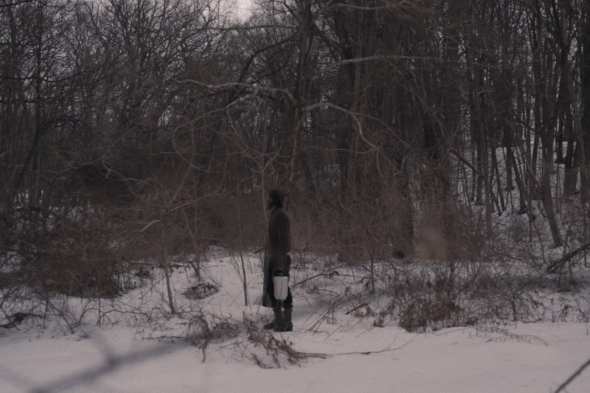 Watch the video for a track from the doom metal duo’s freshly released album RVNG Intl.

Announced in February, the addition of Portland-based duo The Body to the RVNG Intl discography proved a surprisingly left-of-centre announcement from a label who prides itself on diversity. The duo – whose sound could be loosely described as a meeting of doom metal and drone – created I Shall Die Here with the production assistance of Tri Angle artist The Haxan Cloak, who helped to fuse a dark electronic character to their distinct sound.

While some labels seem happy to let a few mediocre still images serve as an visual accompaniment to the music for their video promo, RVNG Intl have a reputation for delivering some of the best music videos coming out of the electronic music world today – see last year’s video for Stellar OM Source’s “Polarity” for proof. The video for The Body’s “At The Mercy Of It All” is no different; directed by Jason Evans, it depicts an isolated man living at the edge of the woods, who tries to hold on to his memories in the face of a raging storm, and the video is closer to a short film than a standard music video.

“Listening to The Body’s I Shall Die Here, I was pulled into this landscape that had been
created; an incredibly visual account of death, tragedy and loss,” Evans explains of the influences at play in the video. “I had this image of a man, his face covered in dirt, but his arms still moving and his eyes open. Body and soil. The image reminded me of the kind of parallels artist Robert Smithson made between geological change and the fragility of the mind, which in turn gave me the emotional content of the film.”