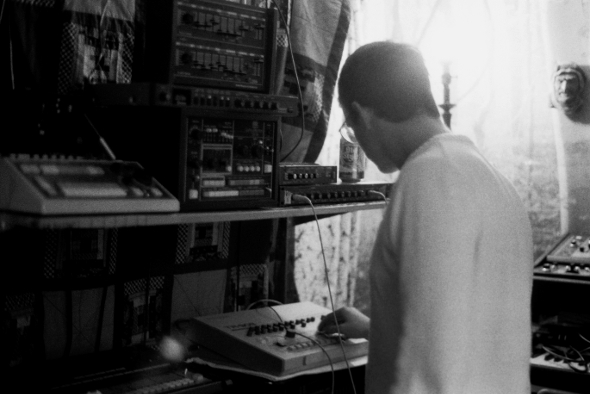 The Mutant Beat Dancer will get a full debut on the Chicago-based label with a quartet of “sedated tunes” – preview them here.

The work of Beau Wanzer has become more widely known recently thanks to solo output on L.I.E.S. and Russian Torrent Versions, and his role in Streetwalker, a hardware-heavy project with Elon ‘White Car’ Katz that has featured on Cititrax and Diagonal. There is however an affiliation with the Nation label that predates all this, with Wanzer first appearing on the The Modern Electronic Element EP released in 2008 with the brilliant “F U Klaxon”, and contributing to a second installment some three years later.

We’re obviously big fans of Wanzer’s music here at Juno Plus in all its various forms, so it’s great to see that the Chicago native is set for a full Nation debut later this year with a four track 10″ release. Available to preview below, Wanzer’s release will come soon after Nation introduce the world to San Francisco duo Red Light, and finds the producer dabbling in “subtle and not so subtle frequencies” with the frenzy of shredded feedback that is “Thurston Moog” sounding particularly mind-bending.