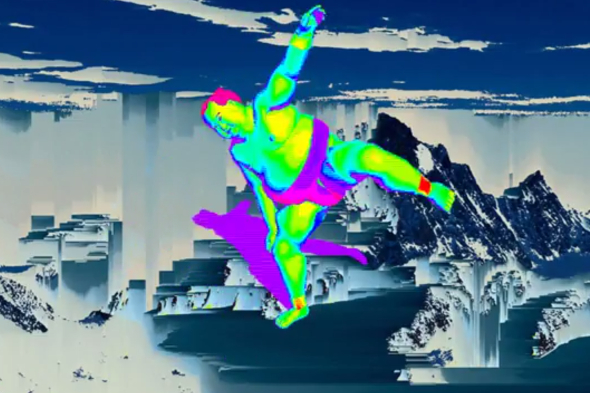 It’s nice when some new music arrives from the lab of Marco Rodrigues and Miguel Evaristo because they always seem to bring something new and different to the table. Their latest production forms part of the debut release from new label Folding Spaces, an imprint focused on split releases from a global pool of under the radar talent. Rodrigues has been handed a role as head of A&R for the label, and it’s arguable that he’s well placed given the sheer amount of intriguing producers uncovered through the One Eyed Jacks label he founded with Photonz partner Evaristo.

The debut release came out this week and features Photonz themselves along with Clan Destine Traxx artist Worker/Parasite, France’s most devoted Drexciya student, Black Tide, Roundhouse Kicker Lost In Space, and a coup in the shape of some remixes from Prologue and Ann Aimee artist Brendan Moeller. You can sample all the tracks here, but we felt the video for “At Dinner Time” needed some further exposure as the visual content from hurfyd proves to be every bit as fun as the music which is reminiscent of Jamal Moss toying playfully with the concept of jack tracks.