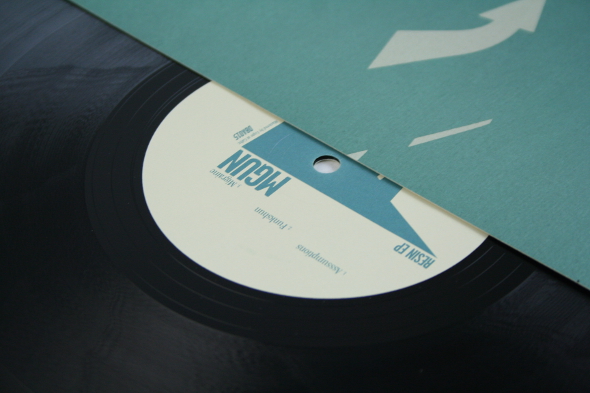 Like the greatest Detroit producers – Drexciya, Terrence Dixon, Moodymann – Manuel Gonzales has cut himself adrift from convention with breath-taking results. Over a series of releases for Don’t Be Afraid, The Trilogy Tapes, Berceuse Heroique and Wild Oats, he has navigated a path that makes nods, albeit brief ones, to the house and techno of Detroit and Chicago. For his Some Tracks release on Third Ear, he came close to ignoring everything that his previous releases had expressed, the result being a chaotic but landmark record.

The same can be said about Resin, his third release for the Don’t Be Afraid label. Gonzales follows roughly the same approach as the Third Ear release and again abstract arrangements, awkward rhythms and unruly effects prevail. The producer makes a compelling if brief statement of intent on “Assumptions”, where a teased out, mid-tempo groove evolves to the sound of crunchy percussive bursts. “Funkshun” is more direct; even though it starts with in an understated manner with a stripped back groove, the addition of some merciless, claustrophobic kettle drums quickly has the requisite effect. “Migraine” is more intense; it begins with queasy tonal repetition before Gonzales musters all of his percussive might to turn it into a relentlessly firing rhythm that threatens to implode amid walls of feedback. If it’s the soundtrack to a headache then Gonzales has managed to articulate a form of pain that’s so unpleasant that the sufferer will seek to gouge out their own eyeballs.

The rest of the release diverts away from the dance floor, but doesn’t see Gonzales relinquish his experimental grip. “Flutter” is layers of grungy noise – coincidentally but fittingly, the next thing that this writer listened to was Speedy J’s A Shocking Habit album – while “In The Road” is led by skewed, angular rhythms. The final track, “90 Sumtin”, is gentle in comparison to what has preceded it, but its skittish electro beats, and stop-start rhythm isn’t an easy listen either. As he has shown on successive releases, Manuel Gonzales operates in his own world – it’s a weird, disconcerting place, but it would be madness to ignore him.