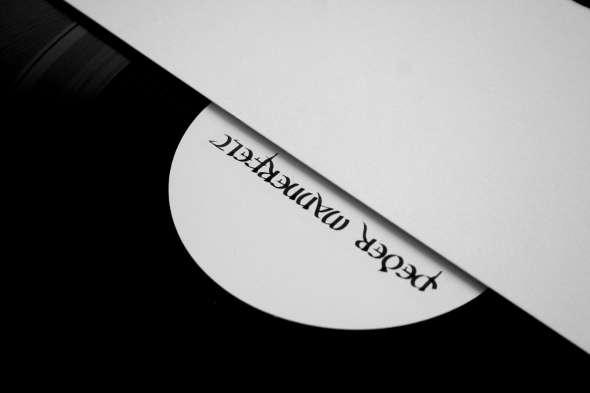 Peder Mannerfelt has always been Peder Mannerfelt, only he’s generally been known as The Subliminal Kid or as one half of Roll The Dice. So with Swedish techno experiencing a purple patch of production at the moment with the likes of Northern Electronics introducing Varg and Acronym to a broader audience, while labels like Kontra-Musik go from strength to strength with each release – and don’t forget we’ll always have Skudge – it seems now is the perfect time for Mannerfelt to break through. As The Subliminal Kid, the Swede’s productions for labels like Ann Aimee, Still Music and the short lived F suggest there’s an alive and breathing modular system pumping through them, similar to the techno you’d hear from someone like Freerotation festival’s Steevio or the Modular Cowboy label. Producing under his real name however, Mannerfelt’s experiments in synthesis have taken a turn, not necessarily away from the dancefloor, but into an uncharted world of sonic experimentation.

He’s of course no stranger to abstract sound design as part of Roll The Dice with Malcolm Pardon (who previously collaborated with The Subliminal Kid for a one-off dance-12” in 2008). Together the pair merge folk and krautrocky, kosmischey sounds with other avant garde inspirations and synthesizer programming to create something that’s truly their own. But since ‘Peder Mannerfelt’ surfaced in 2010, he’s delivered nothing short of raw, experimental and unmapped electro acoustic music. This is probably best heard on his Stockholm Recorded mini-CD for We Can Elude Control, made using the EMS Synthi A, a classic, early ‘70s British synth said to be central to his live and improvised performances.

So with all this open-minded production going on it’s hard to imagine that Mannerfelt’s applied thinking hasn’t been influenced by the likes of John Cage or fellow countryman Karlhienz Stockhausen. And it’s the last track on PM 001’s A-side, “Expanding Sinewaves”, that a glimmer of metallic-y plucked and sliding sounds similarly heard on Cage’s 1947 “Music For Marcel Duchamp” rise through a ghostly mist of ambient synthesis, broken white-noise transmissions and a lumbering low end pulse that’s open for comparison to Stockhausen’s “Kontakte”.

It’s not all arty-farty sine waves and intense cerebral listening though, there’s some techno on here to give Giorgio Gigli a run for his money, specifically “Psalm & Songs & Voices” which sets a heavy tone after the ring-modulating opener “Hook End”, which is just screaming for a Mike Parker reinterpretation! It’s these three tracks which make up the debut release on Peder Mannerfelt Produktions, and really, what a way to blow open the first release of his freshly furnished label.

Few come close to recreating the sizzling boom of Emptyset, Roberto Crippa flirted with the idea on his recent Reverse LP, and here, without coming across as trying to rip it off, Mannerfelt suggest he too is in cahoots with the Emptyset technique by adding extra nuance to this think-tank behind processed tones, noisy high-end and auxiliary effects. “Serpant & Cross Modulated Oscilator”, with its fluttering synths and interferent bi-products is a sound example of this, only there’s no stop-start brick wall punches of pressurised wallops to the chest like the Emptyset dish out.

Fans of Alva Noto’s pops, bleeps and growls on the Unitxt and Univrs albums, and Xerrox volumes, will relate to the static Ryoji Ikeda-Test Pattern clicks heard in “Pauls Chain” and “Rhythm Modulated”. While this record’s final track, “With Psalms & Songs & Praises”, is like a mix between Moondog’s field recordings of busy New York streets and subways and a super-charged sibilance of gushing white noise; like the amplified sound of a train pushing air through a dark tunnel heard on the empty platform it’s destined to arrive. This introductory release by the somewhat reclusive Swede may be considered an EP, but it’s of length, and quality to be considered an album. And with an actual LP set for a release on Digitalis soon, this is not only a great curtain raiser, but a glaring reminder that Peder Mannerfelt is alive and kicking and that his best work is possibly yet to come.

A1. Hook End
A2. Psalm & Songs & Voices
A3. Expanding Sinewaves
B1. Serpant & Cross Modulated Oscilator
B2. Pauls Chain
B3. Rhythm Modulated
B4. With Psalms & Songs & Praises