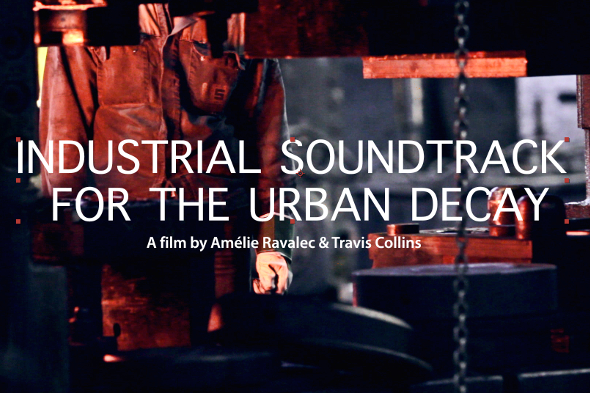 Watch a trailer for the duo’s forthcoming documentary Industrial Soundtrack For The Urban Decay.

French film editor Amélie Ravalec is of course responsible for Paris / Berlin: 20 Years of Underground Techno, the 2012 documentary that traced the techno lineage of the two cities and their placing within the movement as a whole, featuring conversations with a cast of luminaries that included Regis, Stroboscopic Artefacts boss Lucy, Grounded Theory pair Milton Bradley and Henning Baer, and Nick Höppner. Despite spending the past two years on a worldwide tour of screenings for this film, Ravalec has also been working on a new project with fellow filmmaker Travis Collins about the birth of Industrial Music.

Currently in the post production process, Industrial Soundtrack For The Urban Decay “traces the origins of Industrial music, taking you on a journey through the crumbling industrial cities of Europe to America’s thriving avant-garde scene” and features interviews with Cabaret Voltaire, Orphx, Clock DVA, Throbbing Gristle, Test Department, an aviator-clad Boyd Rice and more. A brief trailer for the film can be viewed below ahead of its planned release later this year.