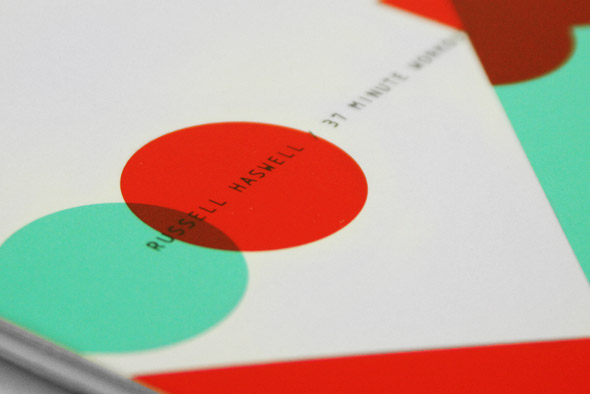 Russell Haswell’s new album for Powell’s Diagonal Records is framed rather amusingly by the label as “Haswell puts a donk on it”. Haswell’s sonic experiments – whether in the live context or on record – are generally the kind of thing seemingly devoted to the sheer physicality of noise and sound, balanced with a more analytical ear. Having said that, it’s an appropriate turn of phrase for an artist whose work also doesn’t seem to take itself too seriously – much like that of Powell himself. 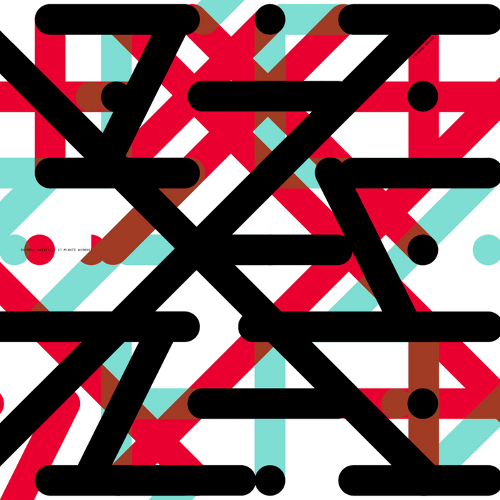 Haswell’s interest in the sounds and politics of the dancefloor is certainly nothing new – his interest in rave can be traced back to his days as a student in Coventry over 20 years ago, while last year’s Concrete Fence collaboration with Regis was perhaps the most straightforwardly rhythmic thing he’s been involved in – but 37 Minute Workout stands out from much of his solo work in its explicit exploration of the rhythms and pulse of the dancefloor.

Introductory track “Spring Break (extended freestyle playlist edit)” begins things in suitably direct fashion, as Haswell delivers what sounds like his take on jungle, a hyper-minimal combination of resonant bass and cut-up amens. “Alternative Way To The Truth” could almost be Haswell’s knowing take on footwork, an absurdly stripped back composition of rapid 808 kicks with nonchalant snares and hi-hats placed at awkward intervals. It’s delivered with the kind of knowing wink that makes Mark Fell’s Sensate Focus material sound like DJ Rashad – something also present in “Chaos Clapping” and its immediate reprise, which offer a kind of absurdly mechanised take on Steve Reich’s “Clapping Music”. The punishing square waves of “Neutrino Hunter” on the other hand seem to reference grime, while “Unknown Known” seems to offer a lopsided variation on industrial techno, both of whch sound like they’ve been given a good going over with an industrial floor sander.

Despite these moments – especially the battery of sludgy kicks and squalling tones present in album climax “Blast Beats” – 37 Minute Workout is far from just being the “Haswell does techno” that you might be led to expect from the title. The composition is typically scrambled, especially in “Incalculable Harm” and “In Memory Of Elph”, which explore beatless noise with his usually earsplitting tones. Even on these tracks however, there’s a healthy dose of frequencies designed to hit the body, arranged in a way that could be interpreted as his response to the punishing frequencies of the club environment, roughly daubed like broad strokes on a canvas.

The album’s title supposedly refers to music writer Paul Morley’s idea that the ideal length of an album should be 37 minutes, and as well as his musical response to this idea, Haswell seems to use the LP to subvert the standardised language and conventions of the dance album format itself. Some of the track titles feel like a bit of a wry joke: “Scratchy” and “Scratchy (Freeze dub)” may share the same title, but it feels like there’s little to link them thematically, the former being a collection of impressionistic rhythmic splatter, and the latter being an exercise in grating, Evol-esque tonality. Final track “Convalescence” meanwhile offers what could be interpreted as a kind of parody of the well-worn ambient outro trope of many techno albums. Although the meeting of noise and dance music is certainly nothing new right now, the increasing propensity for a gloomy, quasi-gothic posturing in this field makes Haswell’s less serious approach a welcome change of pace.