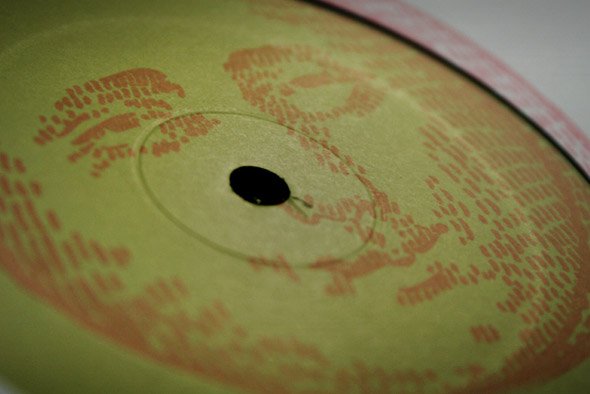 The Mister Saturday Night label began as a reflection of the musical talent in attendance at the long running party of the same name, but the scope has gradually widened into more of an international concern with the artists featured no doubt introduced to Eamon Harkin and Justin Carter on their increasingly frequent worldwide travels. After several dalliances with Irish producers, the latest Mister release sees attention switched to Glasgow and a new name in General Ludd, though the individuals behind it have a pedigree you should be familiar with.

Tom Marshallsay and Rich McMaster are the duo behind the folklorically named General Ludd; the former is best known for his sample teasing sonic decompositions as Dam Mantle, though there is a sense he wants to draw a distinction between that work and the General Ludd project. Certainly the two tracks on The Fit Of Passion are more easily attributable to McMaster, who also plies his musical trade as part of Silk Cut, Tropic of Capricorn and the excellent Golden Teacher.

Lead track “Woo Ha” feels like all the loose energy and sweat from Golden Teacher’s two Optimo Music records from 2013 distilled into six glorious minutes of disco abandon. Having veered into techno abstraction at points last year, it’s nice to see the Mister Saturday Night label indulging in disco-indebted house music, something that has been a mainstay of their celebrated DJ sets since the off. Described quite aptly by the label as absolutely crushing, “Woo Ha” works with just a few trace elements in a manner that Theo Parrish specialises in, moulding them into a production that immediately grabs you. There is little more to the track than the excitable barrage of vocal yelps, a deep bass lick, rickety snares and a surfeit of drum samples but it’s the way these sounds are pulled one way and another through various delay units that has explosive potential.

The Soul Children sampling “Brothers & Sisters” doesn’t have the immediacy of the A-side, offering instead a more reflective, beatdown side to the General Ludd sound which hints that Marshallsay and McMaster already possess a telling level of collective musicality. Loose recycled drums arranged at a lackadaisical tempo flirt with the taut bassline and stargazing Rhodes on a production whose debt to soul music goes beyond the title. The results fall pleasantly close to some of Dani Plessow’s much loved Raw Cuts series and is perfect warm up set material.

A. Woo Ha
B. Brothers And Sisters