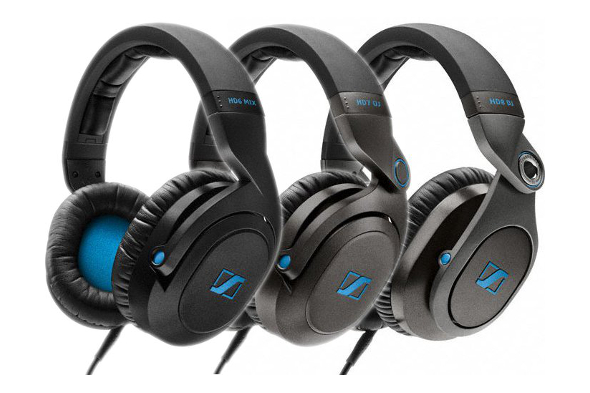 Rob Lee investigates Sennheiser’s new series of headphones designed for the studio and the DJ booth to find out whether they live up to the standard set by their predecessors.

Sennheiser will need no introduction to seasoned DJs and audiophiles thanks to the fabled HD25, a model that has become standard issue over the years. These headphones combine a tough build quality, flexibility and superb sound quality, and have been the workhorse of the DJ world for the best part of 25 years. However, with stiff competition coming from AIAIAI, Sony, AKG and Allen & Heath, the time is right for Sennheiser to shake things up a little, and the result is a series of three professional grade headphones named HD6, HD7 and HD8.

The latter two models have been specifically designed with the DJ in mind, whilst the HD6 is billed for both studio and home usage. In the grand scheme of the Sennheiser range, they come as part of an array of new designs that include in-ear models for practical smartphone use as well as cooler, minimal headphones for a variety of uses other than DJing that have a distinctly old school feel to them. The new HD models sit somewhere above the old HD25 model, and alongside the new fashion-centred line, named “Momentum”. 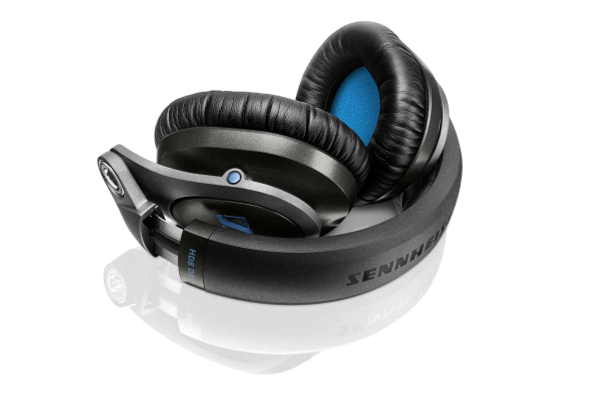 All three of the new HD designs feature closed back ear cups for the best noise cancelling possible, and in addition to this they all have a circum-aural arrangement, meaning that the cup goes over and around the ears rather than sitting on top of them (a feature of the HD25). They are all certainly a comfortable fit, with just enough pressure on your head to feel confident that they won’t fly off whilst in the heat of a live mixing session. The frequency response of the drivers starts at a disconcertingly low 8 Hz and maxes out at a towering 30 kHz.. With this specification, these headphones have one of the widest frequency response parameters on the market, a feature common to all three of the new HD models.

In terms of sound, the only difference between the three is in the sound pressure levels: where the HD7 and 8 models output 115dB at 1 kHz and the HD6’s handle 112dB at 1 kHz. The reason for this is that the HD7 and 8 are designed for noisy clubs whilst the HD6 are designed for studios and home use. All three designs feature a tough headband with leatherette padding for comfort, with the swivelling cups being reserved for the HD7 and HD8. This new HD series also ships with two high quality cables, including a straight three metre type as well as a coiled type that measures one and a half metres in its retracted state. Being lined with Kevlar and sporting a clever screw-in headphone attachment, there is little chance of the cable wear or accidentally falling out of the headphone socket mid-set, and as expected the jack ends with a 3.5mm plug but comes with a 6.35mm adapter.

There is little to fault in terms of audio reproduction. The stereo field is clearly defined and although the over ear, closed back construction helps to lessen the impact of outside noise, the isolation is by no means complete, something which comes as a bit of a double-edged sword. On the one hand, the more isolation the cups have, the better chance the DJ has of clearly monitoring the full frequency range. However, some users find more comprehensive isolation disorienting and confusing. If this is the case, then the new HD series strikes a happy medium that gives you enough isolation from the main room to get a good handle on the low mid range whilst retaining the clarity in the top end. This makes them ideal for beatmatching, and with the capability for high sound pressure levels, you won’t find yourself pushing the drivers against your ears to monitor the lower frequencies. 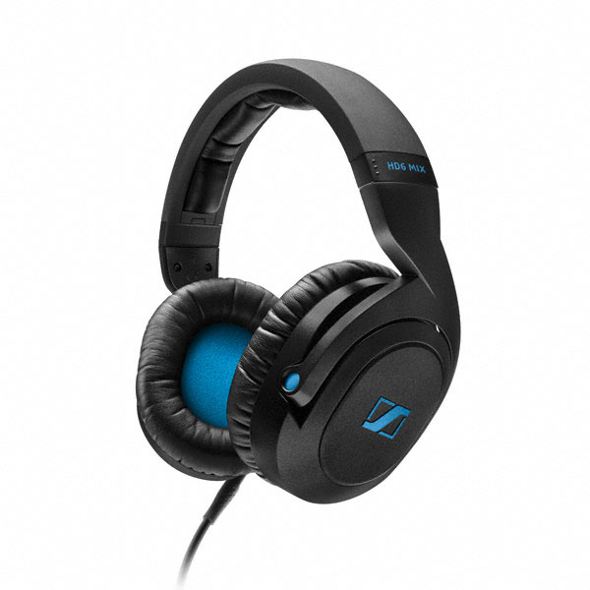 If you are used to the sound of the HD25 headphones then you won’t be disappointed, as the new line is reminiscent of these industry standards. All three headphone designs are comfortable to wear, with the HD7 and 8 models providing a folding cup for single ear monitoring, while the adjustable headband allows for a snug fit whilst being sturdy enough for rigorous use. Perhaps not quite as malleable as the HD25 model, the new HD series do have a chunky and dependable feel, and although it is too early to say how long a pair of these cans will last, with a build of this quality, you would expect them to have a reasonably long life.

The HD7 and 8 are essentially the same headphones with a slightly different construction. Both fold away completely and have the swivelling and folding cups but the HD8 model has a reinforced joint on either side of the ear cups that the HD7 doesn’t. Both also have the slightly higher sound pressure level (SPL) than the HD6 model, which doesn’t feature the folding cups and are billed as studio headphones – but as they are also of the closed cup variety, you could DJ with them if you wanted to.

Overall, it would seem that the new HD series from Sennheiser is primarily aimed at DJs who may or may not produce their own music. In the age of smartphones and tablet PCs, the HD6, 7 and 8 headphones all offer a versatile listening solution for the most discerning of audiophiles. If you have been a long time user of the HD25 headphones and are looking for a more versatile set of cans, then these new models are definitely worth a look.