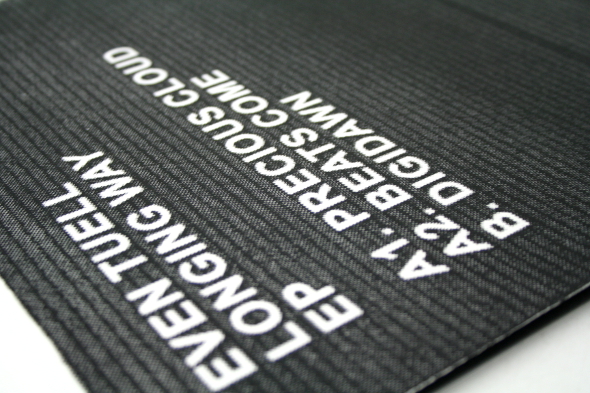 The debut album from the promising producer Illum Sphere seems to have been coming for an eternity – news of his signing to Ninja Tune first surfaced in late 2012, but this week finally saw the release of his debut LP Ghosts of Then & Now. While previous efforts for Tectonic, 3024 and Young Turks have seen him deliver varying types of skewed bass music aimed at the dance floor, his debut LP is heavily cinematic in the way it unfurls, with vocal contributions from fellow RBMA graduate Shadowbox helping to give the LP the sense of a purposefully crafted album as opposed to a bunch of tracks. This week’s curveball album came from Aaron Funk, who put aside duties as Venetian Snares to debut the Poemss project alongside Joanne Pollock on Planet Mu. Decribed by the label as “a collection of soft and dreamlike ballads”, the self-titled debut is an album of contemporary electronics that’s even more unexpected than his Last Step album for the label in 2012.

This week’s big single meanwhile was undoubtedly the return of Willie Burns to The Trilogy Tapes. TTT aficionados will remember Burnett’s 2012 EP The Overlord was one of Bankhead’s finest examples of A&R and remains so to this day. The Tab Of Acid EP is, if anything, an even better collection of tracks, with the turbulent acid of the title track being roundly complemented by two deep burners on the B-side that sound quite reminiscent of his hypnotic work as Black Deer. Coming a close second in 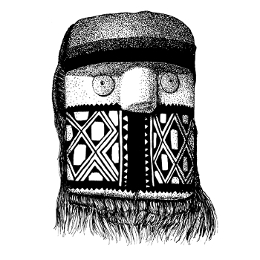 our affections was Even Tuell’s Longing Way EP on Latency. Making for a logical addition to the Parisian label’s growing aesthetic of muggy yet delicate house music which has also seen records from Innerspace Halflife and Joey Anderson, the collection of tracks recorded by the Workshop co-founder between 2001 and 2012 provide some particularly emotive floor burners.

This week also saw a host of killer reissues, headed up by Strut’s nicely curated retrospective of Dance Mania Records, Dance Mania Hardcore Traxx: Dance Mania Records 1986-1997. Featiring some of ghetto house’s most recognisable names (DJ Deeon, DJ Funk, Parris Mitchell) alongside some of its lesser known figures (Tim Harper, Vincent Floyd), it offers a great overview for Dance Mania novices, and a few essentials for hardcore fans. Also making an appearance this week was the second essential piece of archive material from the ΚΕΜΑΛ label, which traded the Greek folk music of their last release for some vintage material from This Heat’s Charles Hayward. Taking the title of Smell Of Metal, this second ΚΕΜΑΛ release lifts two of the five compositions from Hayward’s 1990 album Skew-Whiff album, accompanied by remixes from Optimo’s JD Twitch and Future Times captain Maxmillion Dunbar, with the latter a particularly inspired choice. Finally, the consistently searching Emotional Rescue delivered Space Disco, a forgotten gem from Klaus Hoffman under the Cosmic Hoffman name from 1978 that saw him trade prog rock for cosmic Italo disco.

FaltyDL’s Blueberry Records provided one of the week’s best house releases with a rare outing for Detroit veteran Todd Osborn, whose Michigan Dream EP featured varied four tracks covering peak time house, acid and hip hop in his unique melodic style. Similarly rich synth textures could be found in the new Mule Musiq outing for Scottish producer Lord Of The Isles. Having impressed with last month’s Permanent Vacation record last month, the Kurve EP features another four tracks of his unique blend of house, disco and analogue sounds that can only be described as a more Balearic version of Legowelt. It was a record well complemented by In Sanctuary, the latest Emotional Response record which featured a trio of unreleased remixes from Cage & Aviary. All are great, but the slow 303 build of their interpretation of Teeth Of The Sea’s “Sentimental Journey” is the one for us. Those who like their chugging synth music a little darker however will be keen to investigate the Giallo disco swagger of Black Merlin’s New World Fantasy on Common Thread.

Here at Juno Plus, Munich record shop turned label Public Possession were one of last year’s breakthrough operations with killer releases from Bell Towers, Matthew Brown and Tambien complemented by some fine sleeve design. This week saw the label release The Tambien Project 2,
a killer trio of new Tambien jams – Hanna Barbera fans listen out for “UGLI Elevator” whose cartoon sample percussion deliver are some of the most unique beats of the week. Taking just as idiosyncratic 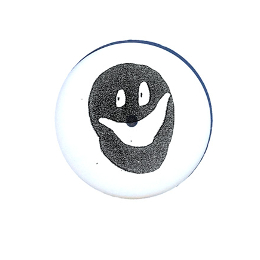 approach to house music this week was Hessle Audio affiliate Elgato, who appeared on the fledgling Galdoors label this week with Links 12″. The title track’s chords, strings and vocal edits roll out over a typically rough low end, while “Sun” is a hypnotic, evolving groove taking you deep and down, delivered in his unique minimalist style.

In techno this week the Skudge White series returned with the long-delayed Murked Out EP from low-key producer Cliff Lothar. Following a killer issue on I-f’s Viewlexx imprint, this record has him continuing to develop his moody electro sound across four tracks – “Tangaxuan II” is supposedly a track “that invokes the early Warp catalogue spirit” while “Audiomess” would be welcome on the B-side of an old Bunker 12″. There was also some vintage material to digest from oddball Swedish trio Frak, whose demented early ’90s acid phase was revisited on iDEAL Recordings’ reissue of Alice In Acidland. Seeing them fully caught up in the high octane, breakbeat driven euphoria of acid techno rave, its sound is still very much grounded in the idiosyncrasies that make up a Frak release.