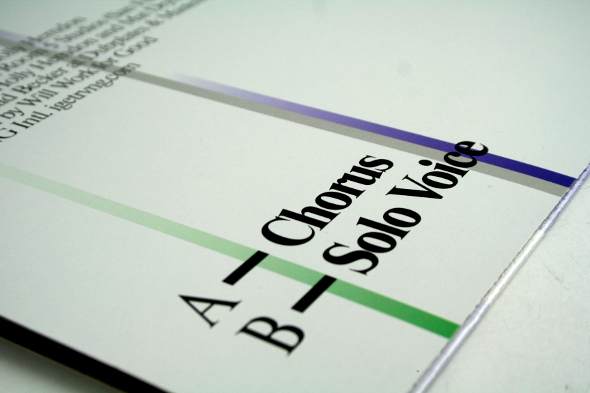 Mika Vainio’s storied musical career isn’t the easiest thing to follow at the best of times, and this week it got that little bit more complicated with the release of his new album on Sähkö Recordings under the Ø alias. First debuted on Sahko in 1994, the new Konstallatio album is considerably less bracing than last year’s Kilo album on Blast First Petite, opting for a more subdued collection of ambient tracks which fall into the realm of his killer releases on Touch. The other big album this week was the debut LP from Thug Entrancer on Daniel Lopatin’s Software label. Unlike the woozy textures of last year’s excellent Huerco S LP on the label, Death After Life is a noise-influenced album of techno and experimental beats marked out by its high fidelity sound.

Also worth a look this week was the new album from Cambridge-based producer Nochexxx, who finally came good on the potential shown across a number of 12″s with his debut LP for Ramp Recordings, Thrusters. Fans of Drexciya and vintage Vibert/Rephlex should check its wholly skewed combination of acid, electro and all-round weirdness which exists in a category all of its own. In the

world of mixes, Optimo’s Dark Was The Night proved a worthy sequel to Walkabout, their last mix CD for Endless Flight in 2007. As expected it’s a killer selection, joining the dots between the deep acid house, pulsating industrial rhythms and paranoid dubstep – also check the 12″ sampler.

Also deserving of its own category this week was the new record from experimental producer Holly Herndon on RVNG Intl. Seeing her fully realise the potential of her debut album Movement, Chorus is a bewildering combination of vocal manipulation and three dimensional electronics that takes club music into bold new realms. The sleeve art is excellent too with a record spine motif and embossed finish that practically begs to be stroked (as we have, a lot). Also occupying some unusual space was the debut of Alight, the new project of Throwing Snow which finally saw a vinyl version of last year’s killer Iridis EP. Much more club focused than some of the producer’s recent work, the curveball jungle conclusion of the title track is worth the price of admission alone.

This week also saw a clutch of fine house music, with the new Marquis Hawkes joint on Dixon Avenue Basement Jams. Obviously taking a leaf out of the Jealous God label’s book the first pressing of the Feed The Beast EP comes inside its own DABJ branded tote bag, and sees the masked producer adopt an intriguing new direction, with “Honey Kisses” on a blessed carnival tip pushed forth by some killer broken beat programming, and”Let’s Do It” an ascendant slab of piano-flecked boogie house. Uncanny Valley also kicked off the Rat Life sub-label with an essential pair of edits from Credit 00 and Dunkeltier. Intended to reflect the “imperfect spirit of life in dirty raw dance music and its natural environment”, the prevailing sound falls sweetly into the vein of muscular EBM. The L.I.E.S. machine also kicked back into gear this week with what we assume will be the first of many records this year in the shape of Gunnar Haslam’s Porte Maillot EP, which sees the low key figure deliver another four cuts of club music for weary souls filled with all manner of influences.

The techno world was well served with a number of essential records, chief among them the latest slab from the anonymous Blacknecks outfit, which features “All To The Cosmos, Let’s Go”, the most outlandish track from the project to date which combines industrial techno and Italo disco to fine effect. Avian’s Mira sub-label also delivered their latest 10″, the first of two from noise artist Prostitutes, whose Truncheon Cadence EP provided some expectedly left of centre techno, something mirrored in Positive Centre’s Hiding Knives EP on Our Circula Sound, featuring four steady industrial steamrollers. On a deeper tip was Giegling affiliate Vril’s Vortekz 12″ for Delsin, while remix 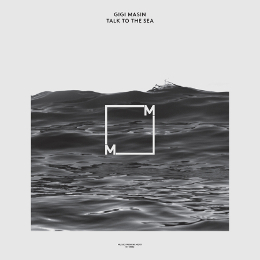 package of the week went to Strobscopic Artefacts boss Lucy, who hired the all-star cast of Shapednoise, Donato Dozzy, Milton Bradley and Eomac to remix tracks from his upcoming Churches Schools & Guns album. In new label news, NYC’s long-running techno institution The Bunker kicked off its new label with three explorative modular techno tracks from Leisure Muffin. If that wasn’t enough then The Black Dog and Happa were given the duties of concluding Bleep’s techno-focused Green Series releases.

In the experimental realm he Music From Memory label delivered their second archival release, from celebrated ambient composer Gigi Masin. Drawing from a number of rare albums from the Venetian composer, the stunningly meditative double LP retrospective Talk To The Sea, also includes a healthy amount of unreleased material, and is highly recommended to fans of the more meditative moments in the Emeralds catalogue, especially the solo work of Mark McGuire. The most unexpected name in this section must be Pearson Sound, who returned to his own imprint with the Raindrops 7″, featuring two beatless tracks whose precise tones recall the less scuzzy moments in Actress’ career. He had to vie 7″ of the week however with Hospital Productions head Prurient, whose Washed Against The Rocks single saw him in a considerably more meditative mode than last year’s outing for Blackest Ever Black, which incidentally released Drained of Connotation, a collection of Whitehouse member Stefan Jaworzyn’s primitive beat and synth experiments from 1982.