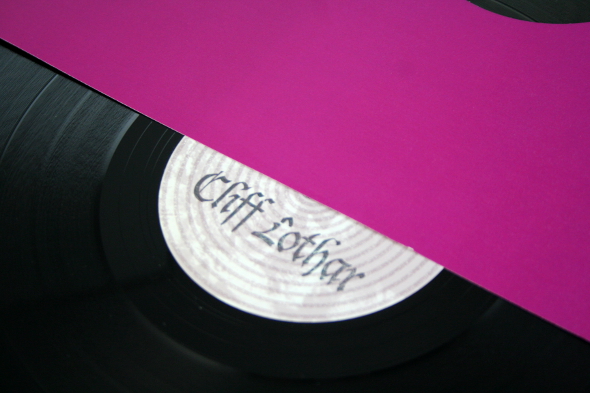 Swedish duo Skudge rose to prominence with a series of DJ-friendly techno records that married the best of the 90s loop sound with a resurgence of interest in house music. That was their entry point to electronic music; since then, they have proven themselves to be as adept at curating as producing and through their Skudge White and Skudge Presents series have showcased established but under the radar artists like Stephen Brown and Alex Cortex alongside upcoming producers like Rivet, Fishermen and MRSK.

The latest addition to this group of affiliated artists is Cliff Lothar, who appears on the duo’s more adventurous White offshoot. With just one release to his name for I-F’s Viewlexx label, the usual speculation has circulated about Lothar’s real identity. What is more interesting than the techno equivalent of village green gossip is the fact that Lothar has an ability to inhabit a grey area that incorporates Skudge-like repetition with electro’s esoteric tendencies and sleek, metallic rhythms.

The release starts with “Murked Out”, which should have really been called “Murky”. Understated bass tones and pitter patter hi-hats provide the basis for dreamy but grainy synths that blow layers of dust over the arrangement. “Tangaxuan II” sees Lothar give vent to his electro fixation as evocative pads’n’strings play out over rolling 808 shuffle – the woozy jazz keys are a welcome addition as the track progresses. From there on in, Lothar shows a more menacing streak. “Audiomess” bristles with percussive volleys, but it’s the muddy bass and eerie chords that will put the listener on edge.

If that doesn’t sound unsettling, then try “Darkhole Gloryroom”, where acid lines and voodoo drums bubble up to the surface but fail to conceal the moaning female vocal and the cacophony of disturbed voices that flit in and out. Lothar may have joined the growing Skudge Empire, but on the evidence of this release, he remains an independent, slightly creepy republic.