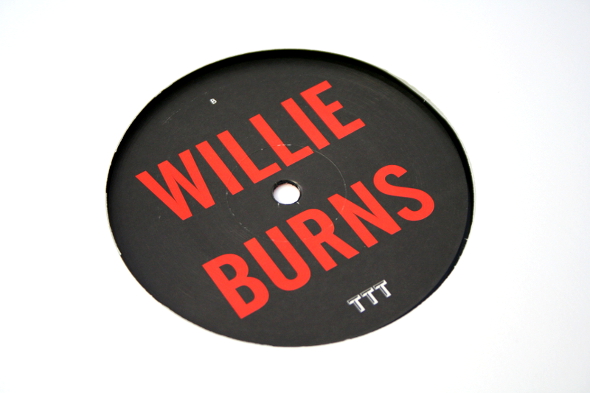 Is there any style of electronic music that William Burnett can’t or won’t turn his hand to? Admittedly, the US producer’s reinvention as a drum’n’bass creator might be some way off, but in the meantime, he is now tackling the 303 and serves up an acid-drenched release for The Trilogy Tapes. There is little relation to the abuse Burns metes out here to the slew of Chicago-inspired jack tracks doing the rounds. This interpretation of acid is radically different – hoary and grimy and informed by endless foraging in dusty second-hand stores.

Tab Of Acid takes reference from the Midwest acid techno of Woody McBride and his ESP label and the lo-fi, muddy production values associated with those releases. The title track is a case in point: it’s the most intense moment here, with its sprawling waves of acid unravelling over a basic, backing beat, loose percussion and random bursts of analogue noise. To all intents and purposes, it sounds like Burns is reliving the wild abandon of mid-90s raves. “Acidapella” is also marked out by lo-fi percussion and wild acid squalls, but the tempo is less intense and the mood brightens thanks to the dreamy synth outro. From there on in, the release changes radically.

“Washed Hands” is more in keeping  with Burns’ Black Deer project, with hypnotic tones and swirling, melancholic synth textures finally leading up to the semblance of a groove halfway through. It’s in stark contrast to the acid tracks but also provides a taster for “She Left In Spring”. While its sound is different to “Tab of Acid”, Burns applies the same technique. Using a basic beat, he loops a few keyboard notes and simultaneously lets some dreamy melodies float through the arrangement. It has the same endearingly naïve qualities as Burns’ acid experiments, but without the grimy aftertaste. The only question is ‘what will he do next?’

A1. Tab Of Acid
A2. Acidapella
B1. Washed Hands
B2. She Left In Spring