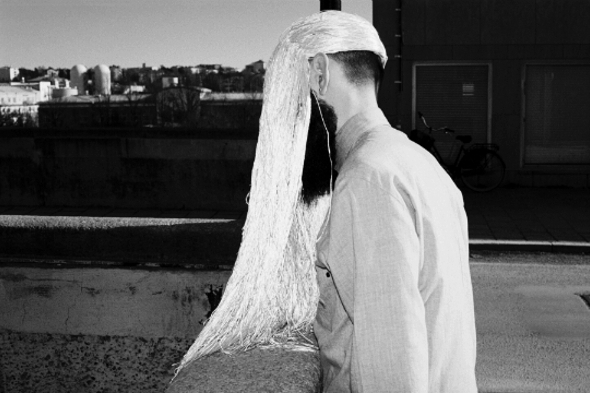 Seven freeform compositions by the Swedish producer will introduce his new label.

In what’s being described as a year of rebirth for Peder Mannerfelt, the Swedish synth specialist has put his housier The Subliminal Kid alias to rest to focus on a new avant garde solo career. Also known for working with Fever Ray and as one half of Roll The Dice, Mannerfelt’s new trajectory is geared toward complex sound design and sophisticated synthesis which was first presented on Paul Purgas’ We Can Elude Control – the label describing it as recordings focused around “Mannerfelt’s investigation of the celebrated EMS Synthi A,” a classic British manufactured synthesizer from 1971.

Preceding the release of his Lines Describing Circles album for Digitalis Recordings later this month, Mannerfelt’s has created his own platform called Peder Mannerfelt Produktion. The Swede will of course helm the debut title, EP1, which is the first in a series of self-released records that a press release likens to “the sound of the factory floor in rebellion”, which sees Mannerfelt experiment with sonics similar to Mike Parker, Emptyset and Donato Dozzy, and Raster-Noton’s blips and glitches across seven tracks. Preview all of them below.