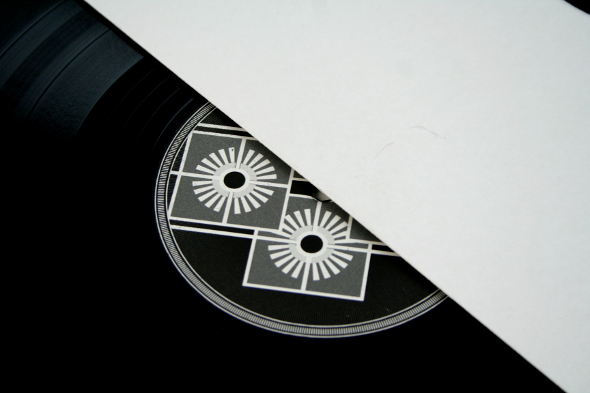 The mysterious producer Lord of the Isles may or may not be a native of some windswept, faraway Scottish Isle. He may never have Island-hopped between the Small Isles on a cold, damp CalMac ferry, had his fill of peaty single malt with the locals on Islay, or stared out into the endless Atlantic Ocean from the most Westerly point on the Outer Hebrides. In a way, it doesn’t matter; regardless of his background, his particular blend of picturesque electronic music – a spine-tingling blend of deep house, dreamy ambient soundscapes, chugging Italo, sublime analogue electronica and subdued techno futurism – seems to fit the beauty, bleakness and peculiarities of Scotland’s outlying islands.

It’s a theme that has been developing over time. His discography bristles with odd turns, dead ends and forgotten productions. Early forays into chugging, Italo-influenced nu-disco made way for sprawling, beautiful explorations of analogue electronics for Phonica and Firecracker. In the last 18 months, he’s honed his style more, bouncing between bright midtempo techno futurism (“Geek Chic” on Catune), and stargazing explorations on Shevchenko and his own Little Strong imprint (the stunning Galaxy Near You – Part 1). There’s a feeling that he’s finally found his feet, and he’s stood on the verge of a stunning breakthrough.

This expansive EP for Munich’s occasionally Balearic (and always fascinating) Permanent Vacation perhaps isn’t that breakthrough, but it’s as evocative and emotion-rich as previous outings. Like his best work, it paints pictures with sounds, stirring memories in listeners of moments in time, favourite spots and beloved landscapes. For this reviewer, it is – fittingly, perhaps – a particular spot on the Isle of Rum, one of Scotland’s Small Isles. At this place, where the scrubby grassland in front of the crumbling Edwardian grandeur of Kinloch Castle falls down towards the sea, you can sit and watch the world go slowly by. Not much happens on Rum – it’s 20 or so inhabitants are mostly conservationists – but occasionally ferries will slowly chug in and out of the small bay, dropping off tourists in hardy waterproofs and supplies for theIsland’s one small shop.

On a good day, it’s a glorious spot – remote and unspoiled, with majestic hills flanking the incoming sea. Yet when the weather turns, it can feel like the bleakest place in the world. The wind howls, the skies turn the colour of lead, and rain lashes down with venomous intent. This being an Island in theAtlantic, the change from sanguine to scary can happen in a matter of minutes: from light to darkness in less time than it takes to boil an egg.

“CO2O”, arguably the stand out cut on The 301C Symphony, evokes memories of these startling metrological shifts. In its full 12-minute digital form (a shorter, six-minute version is included on the 12), “C020” feels like an unlikely soundtrack to life on one of the Small Isles. Its opening rhythm is foreboding and windswept, seemingly surging with the movement of the incoming tide. Pulsating electronics and a murmuring bassline suggest the worst, before rising and falling melodies, cinematic chords and a spine-tingling breakdown hint at better things to come. Maybe we can take the boat out after all.

There are plenty of equally evocative moments elsewhere on the EP. There’s the loose, soft focus, Rhodes-laden shuffle of “Fyne” – named after a lengthy sea loch onScotland’s West Coast – replete with eyes-wide-shut pads, blissful melodies and a bold, rubbery analogue bassline. There’s no wind-chill this time, just a sense of calm as the sun slowly sets over the water. “Horizon Effect” explores similar themes, with the darting synthesizers, undulating chords and tactile groove reminiscent of the way sun dances through the Callanish Standing Stones as evening falls over the Isle of Lewis. “Western Electric” provides the obligatory Lord of the Isles’ ambient moment, complete with child’s laughter, birdsong and gently lapping waves. No further comment is necessary.

Finally, there’s the small matter of the title track, whose becalmed, tumbling electronic opening makes way for a study in sleepy deep house hypnotism.  It bobs and weaves attractively, tracking the movement of theAtlantic Oceanon a chilly autumnal morning. At least, that’s one interpretation; the beauty of Lord of the Isles’ productions is that you can come to your own conclusions – for some, “301C” may remind them of watching the sun rise over the Adriatic, or treading through the snow in deepest winter. Either way, few make music quite as vivid, picturesque and evocative as the mysterious Scot. It’s his greatest asset.