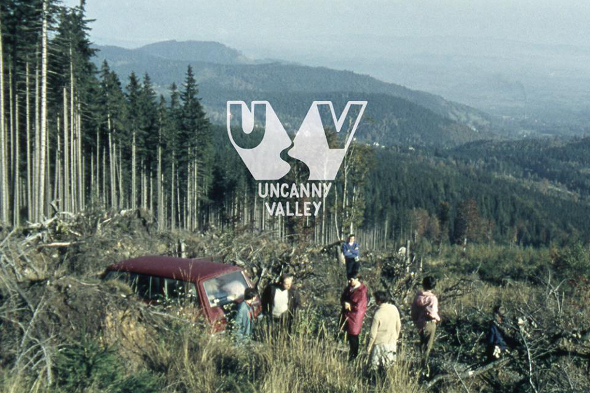 Since 2010, Dresden outpost Uncanny Valley has been releasing various incarnations of deep house, techno, hip hop, and even pop-influenced music from a range of local and international artists like Jacob Korn, Cuthead, Break SL and CVBox. This year has seen Uncanny Valley expand with the news versatile DJ-producer Credit 00 will helm the second Uncanny Valley sub-label Rat Life Records, following the 2012 launch of “music best listened to in a room full of strobe light and fog” sub-label shtum. Now details have surfaced that Uncanny Valley plan to celebrate reaching the 20 record milestone by issuing a cross format compilation of new music from label regulars and associates, entitled quite simply Uncanny Valley 20.

The commemorative package will be released in a similar fashion to how the label inaugurated itself by the way of four various artist 12″s that instantly made Uncanny Valley’s aesthetic a recognisable one thanks to the added input of Paul Waak’s comic graphic design, who again helms the artistic direction of Uncanny Valley 20. The compilation features appearances from all of the aforementioned artists, introduces new names to the label such as Permanent Vacation debutant Filburt and Hamburg psy-trance duo Optokoppler, while other notable inclusions come from a collaboration between German house producer RVDS and Chicago dignitary K’ Alexi Shelby (K-Alexi), as well as a suggested partnership between Jacob Korn and Cuthead called Kornhead who provide the track “Sur La Plage”.

Uncanny Valley will release Uncanny Valley 20  on March 28 across all formats, with the vinyl edition spread across three separate 12″s. 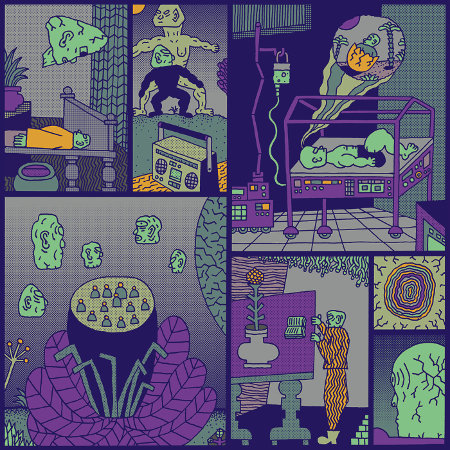