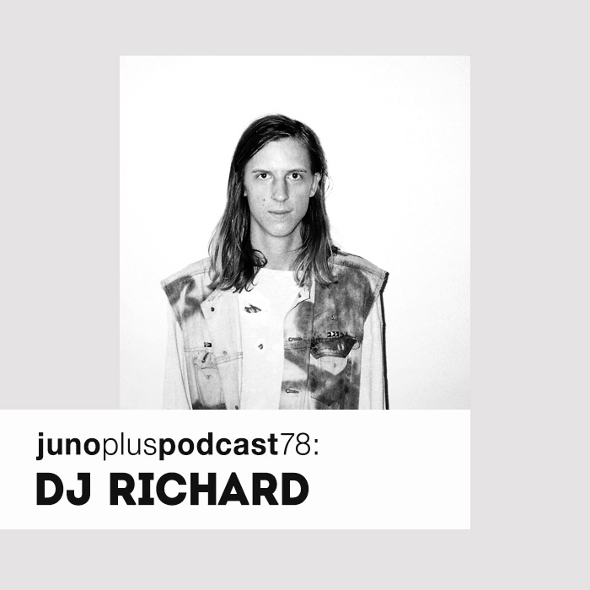 It’s fair to say few people ensconced in electronic music aren’t familiar with White Material, the label’s exposure growing exponentially in the period since DJ Richard’s label partner Quinn ‘Young Male’ Taylor graced our podcast series last spring. “Tell them to press more records. Ridiculous,” is a comment spied only this morning on the ever spiteful universe of social networking by one of those unfortunate to have missed out on the four White Material records issued thus far. Four sold out 12″s tell their own story, but White Material also seems special because of the distinct musical styles of those artists who have thus far contributed, with the loquacious and mischievous house of Galcher Lustwerk complemented by the more thumping styles of DJ Richard and Young Male.

2014 will see the feverish appetite for White Material’s records being somewhat sated, with the first three releases from Young Male, DJ Richard and Galcher Lustwerk all set to be repressed next month, and it will be intriguing to see how the label grows as they begin to introduce some of the other names associated with the crew, such as Alvin Aronson and Morgan Louis. DJ Richard is in London this weekend spinning records at the latest Find Me In The Dark night at Corsica Studios, billed alongside Head High aka Shed, Pariah, and Marquis Hawkes – the seventy minutes of house music included in this mix offer a good taste of what to expect.

The Berlin-based DJ and producer was also kind enough to answer some questions about his Source Material residency, working with Dial co-founder Carsten Jost, and the best place to get a burger in the city.

DJ Richard, how are things?

Thank you for asking me. This is mix is made up of records that have been in heavy rotation in my sets lately. There is no large concept to the mix; I really wanted to focus on tracks, specifically house records, that I have the most fun playing out. Just a bunch of really dirty 12”s.

You’ve just come through quite a breakthrough 2013 with White Material, how have you found dealing with the reaction to your releases?

I have to say it has been quite amazing. A year ago I would have never imagined any of this to be possible, so I’m still in a state of awe. At the same time I don’t think my daily life has changed in any major ways, so it’s still an existence of constantly keeping my nose to the grindstone. We have a lot of great records coming out this year! Also, I want to thank everyone that has supported our stuff in any way.

There’s the Atlantic Ocean between yourself and the others involved in White Material, does this present any notable difficulties for you in how the label is run?

I am in constant contact with everyone from White Material, so although I miss all of them, I don’t feel isolated over here. I love living in Berlin and do not plan to leave anytime soon.

I guess the label showcase at Unsound Krakow stands out, how was that experience for you?

Unsound was such a great experience. I feel completely honoured to have been asked to participate in the festival. We had so much fun and also were able to meet a lot of great people. I think the organizers did such an incredible job in providing a program that encapsulated so many different strains of contemporary music in a way that made complete sense. I felt like it gave us as DJs complete freedom to really push outwards in our sets. Harsh noise into Strictly Rhythm into European techno into Grauzone…

From his Twitter account alone, Quinn (Young Male) seems like quite the extrovert character – got any amusing stories from your days at art school in Providence?

Quinn and I didn’t attend school at the same time, but we met in Providence anyways. I always looked up to him and the music he was making, and then at some point we started hanging out. I remember that Quinn used to always have one of those LED flowers next to his 909 during live sets from that era.

You’ve started working with Carsten Jost right? How did that collaboration come about and do you have more music together planned for the coming months?

I can’t remember exactly how we met, but we did at some point, and started hanging out non-stop. We decided to do the remix for Lawrence together, and during the process, realized how fun and easy it was for us to make music collaboratively. We will definitely be working on more tracks together… be on the lookout. 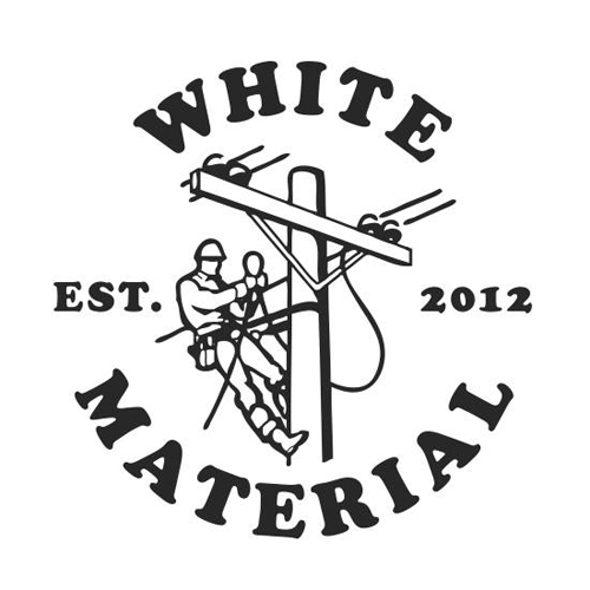 It’s been confirmed that the first three White Material releases will be repressed next month, but beyond that what new music do you have planned for the label?

The next release, WM005, is by myself. The tracks are all recent cuts made here in Berlin. After that, we have releases planned for Morgan Louis and Alvin Aronson, the other two core members of White Material. After that, we’ll see. There will definitely be more Young Male and Galcher Lustwerk releases, alongside some new names.

You’re in London this weekend at Corsica Studios, and you’ve played our fine city a few times now, how do the crowds here compare to some of the other cities you’ve been to?

I really love playing in London. Crowds definitely seem to get rowdy there, and I definitely react to that in a positive way. I cant wait to play on the Corsica system!

You have a regular slot on Berlin Community Radio (Hi Anastasia and Sarah) – how does it feel to be a part of what they are doing?

BCR is the best. Super broad programming from many different sections of the broader Berlin community. Sarah and Anastasia are some of the nicest and most supportive people I have met in Berlin, so a huge shout out and thank you to them.

How is your Berlin residency Source Material going? It’s had some excellent guests over the past year.

It has been a really fun party. We have Shadowlust coming next month, which I am really excited about. Honestly two of my favourite musicians on the planet right now.

Berlin seems to be a growing place for record shops at the moment, where are your regular stops for vinyl new and old?

For new stuff: Hard Wax and Bass Cadet. For second hand stuff, which is mostly what I buy: Record
Loft…

Finally, where’s the best spot for burgers in Berlin?

No tracklisting was provided for this mix.