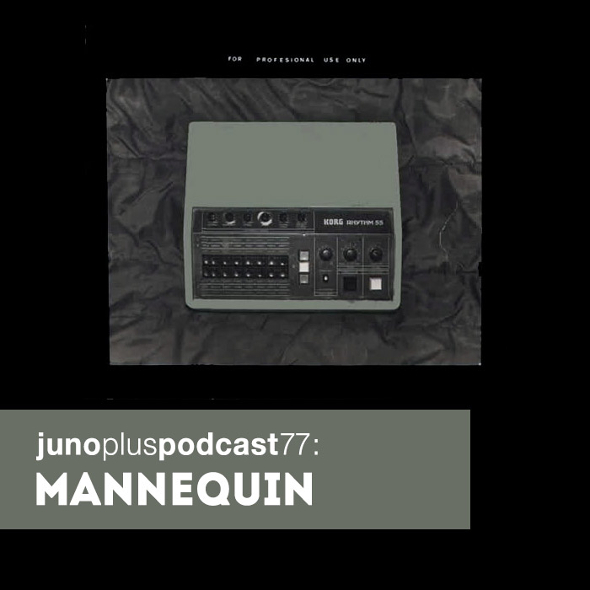 Our first mix of the new year is a conceptual one from Mannequin Records founder Alessandro Adriani.

Mannequin Records was initially founded in the Italian capital Rome in late 2008 as a mail order service, and under the tutelage of Alessandro Adriani has since risen to become one of Europe’s premiere DIY labels for synth-based music of various colours. Last month saw the label celebrate its fifth anniversary, and in this period Mannequin have issued a quite impressive 46 cross-format releases, taking in reissues and archival compilations documenting Italy’s rich synth music heritage as well as working with an increasingly broad profile of international contemporary acts.

Valentina ‘Mushy’ Fanigliulo has been a mainstay of the Mannequin label, participating in their first limited CDr release, issuing several albums, and curating a compilation, as well as recently veering off into instrumental, reverb heavy territory with the Phantom Love project. Complementing Mushy’s output on Mannequin have been releases from Led Er Est, Tropic Of Cancer, Martial Canterel, MinimalRome boss Heinrich Dressel, NYC post-punker Soviet Soviet and countless others which should give you some context for the sheer diversity shown by the label over the years.

Recently relocating operations to Berlin, we felt the time was right to invite Adriani to contribute to our mix series, and his resultant submission took on the most intriguing of concepts. Taking in music from Fad Gadget, Depeche Mode, Deux and more, the nineteen tracks were each recorded using the Korg KR-55 drum machine as the above artwork suggests. Currently on holiday in the States, Alessandro was still kind enough to answer some questions about the label’s plans for the future.

Hi Alessandro, how are things?

Hey! Things are going very well here. I’m actually in NYC in holidays and I’m having a couple of shows here with some of my best friends (Frank from Wierd Records and Shawn O’Sullivan from Led Er Est/LIES)… apart the freezing climate I really can’t complain!

Yes! I didn’t even realise that ’til a couple of months ago… time was running so fast. I’ve been asked from my digital distribution The Orchard to make a 20tracks-5euro compilation which is collecting and retracing all the best tracks we released, adding some special remixes for ex. Soft Metals and Xander Harris remixing Mushy. I think it is a good opportunity to listen to and enjoy the work we did. I’m really proud of every single release we put out.

What were your motivations for starting the label back in 2008?

I had the sensation that something was missing in Italy. But I was sure that there was a huge interest going on for it from the audience. So we started to import labels like Minimal Wave, Sacred Bones and all the minimal synth related stuff… in fact Mannequin started as a mail order first but we turned into label basically after few months, with a couple of “home made” releases. Danza Meccanica was the first proper release and was a project I developed during the years. I was basically frustrated by the fact that there were so many great foreign “wave” compilations and Italy was totally ignored.. so I decided to do one myself with my record collection, and I think the result was definitely great. I didn’t expect so much positive feedback honestly. I just wanted to say: “Hello, I know you had a lot of great bands in UK, Belgium, France and Germany but we had too”.

On the other side, for the same reason, at the beginning I started to release bands from Italy only, like Mushy and Soviet Soviet, which are pretty much big now, I’m really happy for them.

Over this time, you have covered quite a rich and varied amount of music, are there any releases that stand out for you in particular as real landmarks?

Without doubts, Danza Meccanica, Mushy and Tropic Of Cancer represent the spirit of the label. We were moving from psychedelic rock to acid house, from post punk to minimal synth, but the concept, the file rouge behind it all, was always obscurity. Funny if you think where I come from… the land of “pizza, pasta, mandolin”… but Rome is permeated by an obscure side. From the Roman period to La Dolce Vita there were always tragic events going on.. I think you can only realise it when you walk during the night, through the ancient ruins in the center and you can breathe an air between magic and desperate.

Reissues form part of what Mannequin does, how do you feel about the current state of reissue culture?

I have to admit that during the past 2 years I have lost my initial enthusiasm as “archaeologist”. In fact I can tell you that when I started in 2004 to search for the artists that were lately included in Danza Meccanica, I spent almost 4 more years to find them all. As you can see, almost everybody is able to do a reissue label very quickly, so I didn’t see the point anymore to continue on this side.

But things are changing in my mind lately. Our focus for 2014 will switch again on reissues, putting new bands aside apart some few people we love to work with. I found out that dealing with new bands is not exactly a paradise. I think it’s all about loyalty and real friendship when you are at our level. We are not a indie major and some bands thought that they can take a profit from us… it’s pretty much arrogant and stupid at the same time. It’s a natural selection working with people I guess. 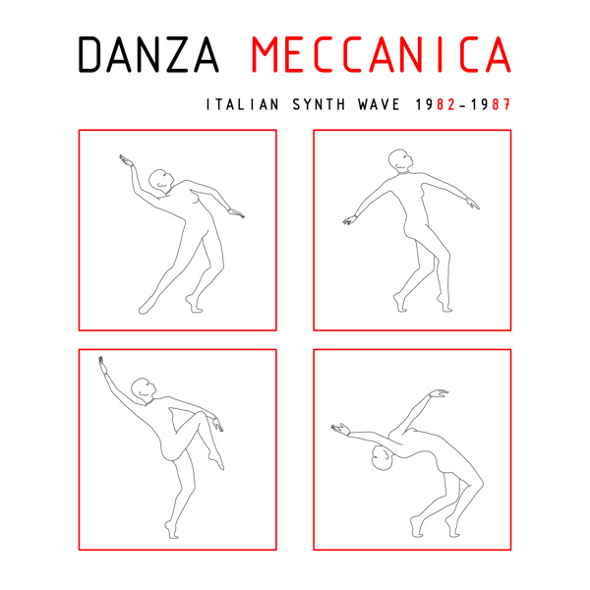 Last year saw you relocate operations to Berlin, how has that been for you?

At the beginning not easy at all. I don’t speak a single word in German and you can imagine what it means to deal with bureaucracy and all this stuff. After 5 years was time for a change and I realised that Berlin is really one of the few places in Europe where our message is received and appreciated as should be. I mean, you need a great dose of craziness and courage to do what I did. Let’s see how it will go. Italy was basically ignoring us always, the music we are producing was basically never part of our culture… it’s funny, in a recent Italian magazine review they described us like the label that “put out Tropic of Cancer even before people in Italy knew who Tropic of Cancer are”.. well …

I get the sense that you always have at least five different projects nearing close to release, can you tell us what to expect from Mannequin over the course of the coming months?

Coming new bands will include Deathday and Void Vision full lengths, there are more to be announced but I prefer to keep them secret because they are still not confirmed 100%! 2014 will have a focus more on reissues than on new bands.. for many reasons we decided to switch on that direction. Apart from an incredible amount of rare Italian cold wave and minimal electronic stuff, we have a couple of special releases going on. In fact for Record Store Day we will reissue Red Temple Spirits’ complete works on vinyl, while I can confirm to you also a Factory Records release I’m really linked to.

Thanks a lot for completing this mix, there’s definitely an interesting concept behind it. Why did you choose this approach in particular?

As far as you know, I am obsessed with drum machines, so while listening to the records and the music production, I started to guess which drum machine they used and why, checking also exactly the year of the production. Korg KR-55 is the drum I pick up for this mix. It was a one preset only drum machine from 1979, which replaced the ageing Mini Pops series. The KR-55 exists in 2 versions (A and B) with many preset patterns and individual volume controls for each sound.

Due to its cheap price and easy way to play it was used by a lot of the early new wave/synth wave/synth punk heroes, like Fad Gadget, Soft Cell and Depeche Mode. The drum machine was, together with Boss DR-55 (Sisters of Mercy’s famous original drum machine “Dr.Avalanche”), a total revolution in composing music in the late ’70s to early ’80s period.

Do you have the record collection to adapt this mix concept to other drum machines?

Indeed. Fortunately I own many analog drum machines, and working with them makes it easier for me to recognise their sounds in a record. apart from the classic 808 and 909, which are very easy to find out. I can do other mixes with only Boss DR-55, Roland TR-606, Mattel Synsonic Drums and so on… just ask!

What labels and artists are currently inspiring and shaping your own tastes?

Personally I was deeply inspired by historical labels like Factory Records, 4AD and Mute. It’s not a secret that their work inspired a lot of other labels/musicians out of here. Right now, I really appreciate the work of Minimal Wave and L.I.E.S. – Ron Morelli did incredible work during the past 2 years.