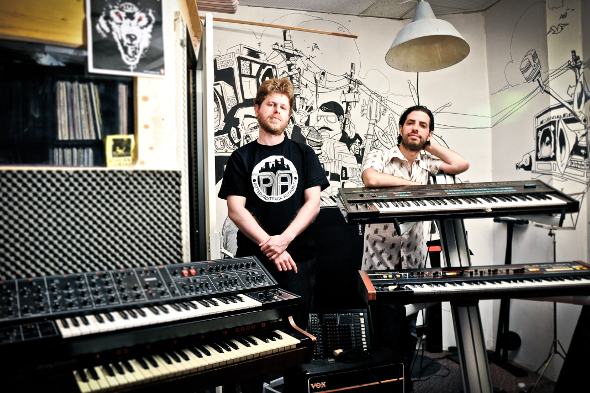 The Amsterdam-based pair will release a new two-track 12″ through the label next month.

As Juju & Jordash, Gal Aner and Jordan Czamanski have been integral in the rise of the Dekmantel label, issuing several killer 12″s and two albums, with 2012’s Techno Primitivism one of our favourite long players of that year. Lately it seems their focus has fallen on live performances, either as Juju & Jordash or as part of Magic Mountain High with Move D, though this latter project has birthed some recorded material in the shape of a Live at Freerotation 12″ and CD issued by Workshop. Later this month, the trio will also be issuing a long promised Tiny Breadcrumbs EP through the Off Minor Recordings label founded by Czamanski.

Currently working on a new Juju & Jordash album, Aner and Czamanski will return to Dekmantel and the 12″ format next month with the double A-side record Waldorf Salad/Third Planet From Altair. Both tracks continue the pair’s knack for amusing track titles, with the former apparently referencing the legendary Waldorf synthesizer “that helped shape the landscape of clean, detailed yet warm electronic music”. A six-minute preview of both tracks is available to stream below, and it represents the first release of another interesting year for Dekmantel, with the label promising a debut album from Joey Anderson in the coming months.

Dekmantel will release Waldorf Salad/Third Planet From Altair by Juju & Jordash on February 10. 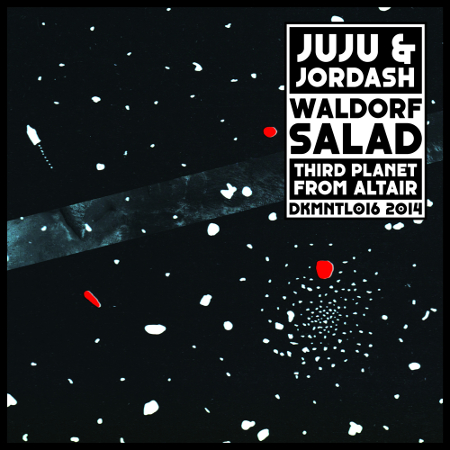