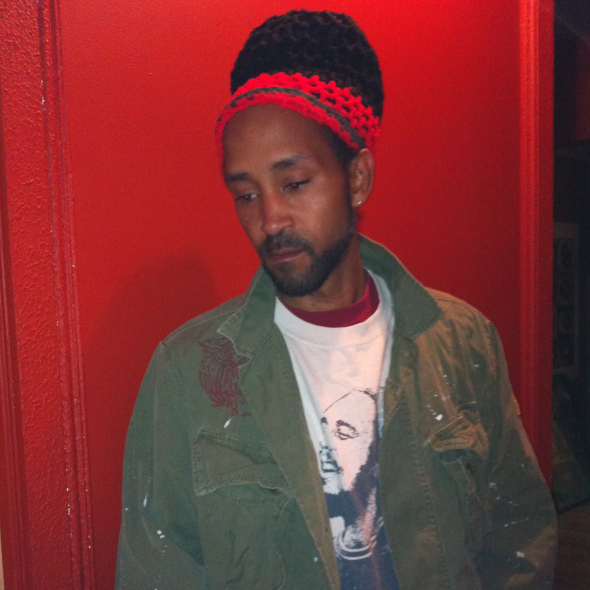 Watch the video to Joey Anderson’s “She’s Afraid”, taken from a forthcoming split release on the producer’s Inimeg Recordings label.

With releases on Dekmantel, Latency, Avenue 66, Syncrophone and more, it’s fair to say Joey Anderson had a watershed 2013, and the New Jersey-based producer’s profile is set to rise further with a forthcoming album for the aforementioned Amsterdam label. Ahead of that, Anderson is doffing his curatorial cap for an upcoming split release titled Exchange Place presents Alphabet Soup on his own Inimeg Recordings, featuring productions from DJ Qu, Nicuri and the producer himself.

Anderson’s “She’s Afraid” sees him working again with Ebony Ugo, the vocalist that featured on last year’s “Above The Cherry Moon”, and has been complemented by the below video from Irwin Barbe, whose visual skills have previously blessed tracks by San Proper, IVVVO, and Levon Vincent. In Barbe’s hands, the video unfolds like a bad dream of being followed by an inescapable figure through wet, empty streets, dormant buildings and stairwells of flashing lights, adding to the allure of Anderson’s sometimes sinister brand of deep house.