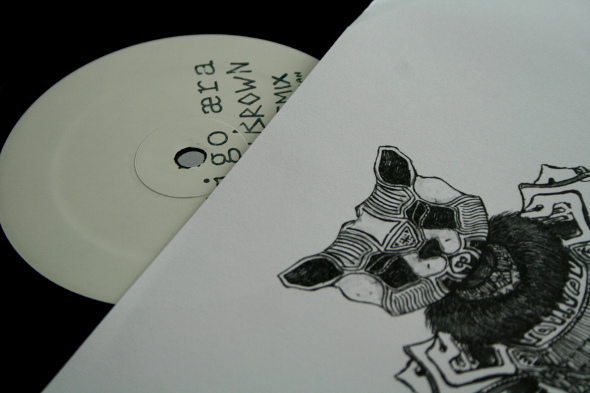 Where does one begin with Stephen Brown? A product of Scotland’s early adoption of techno, he was more under the radar than his peer Neil Landstrumm. However, as mid-90s releases like Skyways and A Function of Aberration attested, Brown was every bit as experimental, pushing techno to acceptable limits. While Landstrumm re-imagined the ghetto swagger of Chicago on Brown by August, Brown rewired Detroit techno via the two aforementioned records and a series of releases for Djax that disregarded notions of linearity and the dance floor in favour of wild, disjointed rhythms, hyper-speed tempos and waves of analogue abandon.

Acknowledgement of Brown’s contribution to the form came in the shape of a release on Derrick May’s Transmat, but by that stage he had switched towards a more house-based approach. Thankfully, he has swung back to techno and Moda features tracks that have formed part of his live performances. Age may have softened Brown’s blow, but he still brings nuances to his productions that other artists would shy away from. “Easter Two” is a good example: dreamy synth lines breeze in and out like a cheerful-sounding Marty Bonds and a warm 303 line provides some impetus, but at the arrangement’s heart are tumbling drums and dark blurts of noise that jar with the musical elements.

“V-Kicks” is more conventional; based on clinking metallic drums and the predatory rumble of a Suburban Knight-style bassline, it houses a cacophony of vocals from a group of unidentified, tortured souls. In recognition of his contributions, Indigo Area have commissioned Rolando to remix “Chord Break”. The Detroit producer’s reshape is one of his most understated works; while the hi hats bash forcefully, the rhythm is brittle, fragile and broken down. Accompanied by reverberating claps, it sounds like a slowed down take on one of Brown’s own mid-90s jams – further acknowledgement of the Scottish producer’s contribution to techno music.