Sonic Router return with My Panda Shall Fly release

South London-dwelling Sri Lankan artist Suren Seneviratne first emerged as My Panda Shall Fly back in 2011; initially a trio, Seneviratne has put his distinctive name to a litany of releases and collaborations on DIY labels such as Dam Mantle’s Growing, Cleaning Tapes, Five Easy Pieces and most recently Gang Of Ducks. His music is fairly hard to catergorise, at times sounding like drone-laden UK bass and others fluttering analogue house, but it seems for his Sonic Router debut Seneviratne has struck on a central theme that ties the six track Higher EP together.

A press release from the label has the artist explaining that Higher is loosely based around the concept of sacred pain, with Seneviratne stating it was “an extremely fascinating subject I’d found myself digging into without any real prior warning. After learning about the myriads of ways individuals endure affliction and suffering for their various beliefs across the planet, I recalled witnessing such an act for the first time when I was aged nine, in my home-town of Kandy, Sri Lanka. Without doubt the spectacle left quite a mark upon my psyche, so much so that it evokes this memory some eighteen years later.”

Set for release in both pea green cassette and digital formats later this month, you can get an idea of how Seneviratne has transferred the notion of sacred pain into his music with the lolloping headnod business of “Groupp Mind”, which is available to stream in full below.

Sonic Router will release Higher by My Panda Shall Fly on January 27. 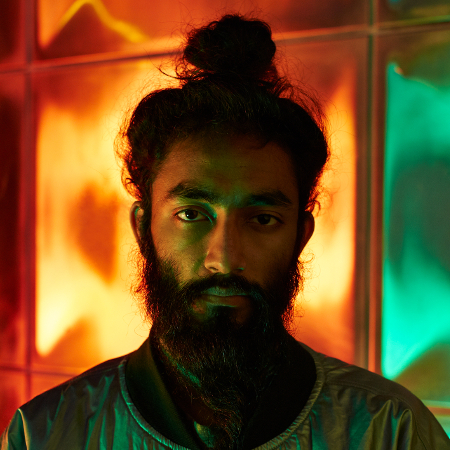