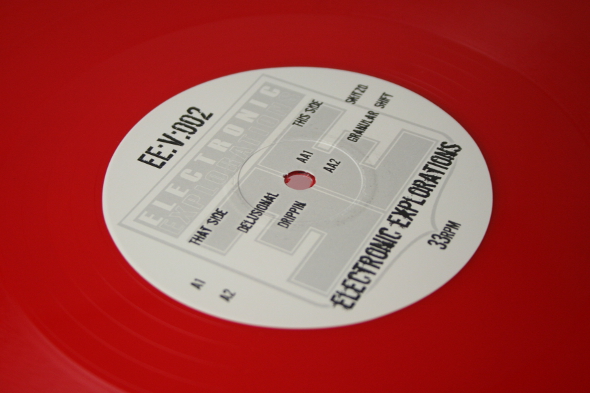 For those who like a flutter at the start of a year, it would make sense to put some smart money on Matt Flanagan breaking through in 2014. The Irish producer has already put out a few records, including an excellent release for Signal Code, but Transmuter shows why his star is in the ascent. Working in a hardware environment and jamming until he stumbles upon ideas, Flanagan manages that rare feat of being versatile enough to cover a range of sounds but without losing sight of his own identity.

DeFeKT’s material is steeped in electro sound and culture, but crucially, he is able to move it from beyond its purist haven and onto techno dance floors. This is most audible on “Delusional”, a track that revolves around a lithe rhythm and the most powerful, growling and strangely catchy bassline since Anthony Rother’s “Red Light District”. The German producer’s influence is only part of the picture though; “Drippin” sees Flanagan claiming the wiry, angular funk of Detroit electro for his own, squaring it for techno sets and even giving the listener a few bursts of spacey Drexciyan synths (Flanagan’s E.S.S side-project is also well worth investigating to hear a more reflective take on US electro).

“Skitzo” however, is 100% DeFeKT and unlike any other producer. The pattering drums and clanging bass, the good time acid lines and what could be a vocal snippet are subjected to subtle shifts, builds and set to one of Flangan’s uniquely off-beat but clubby rhythms. The release ends with the wispy ambience textures and gentle ticks of “Granular Shift”. It’s in stark contrast to “Delusional” and “Skitzo”. Maybe DeFeKT included here it to show that his range is wide, but it might be his last opportunity to escape the dance floor for the foreseeable future.