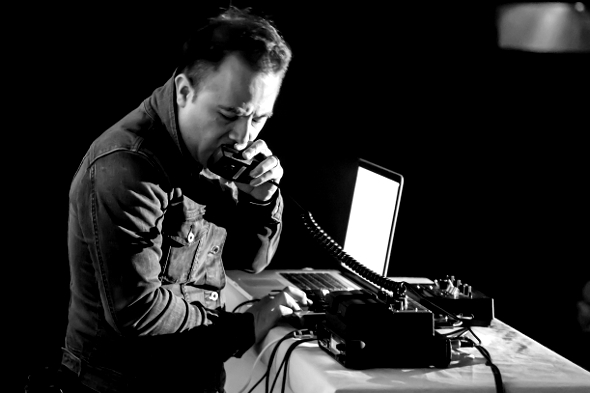 Soak up 45 minutes of Silent Servant performing live in Rome earlier this month.

Earlier this month, two generations of Downwards family in Juan Mendez and Samuel Kerrridge descended on Rome’s Animal Social Club for a night toasting the label’s 20th anniversary year, and both their sets surfaced online over the festive period. We’re big fans of Silent Servant here so the chance to hear how the Los Angeles-based artist’s live show is shaping up is one we will always recommend. Over the 45 minute duration, Mendez works through the kind of industrially minded techno that made his excellent 2012 LP Negative Fascination so memorable. The recording of the performance – boosted by his own processed vocals – makes for a nice accompaniment to the Holiday Mix the producer also posted on the cusp of Christmas.