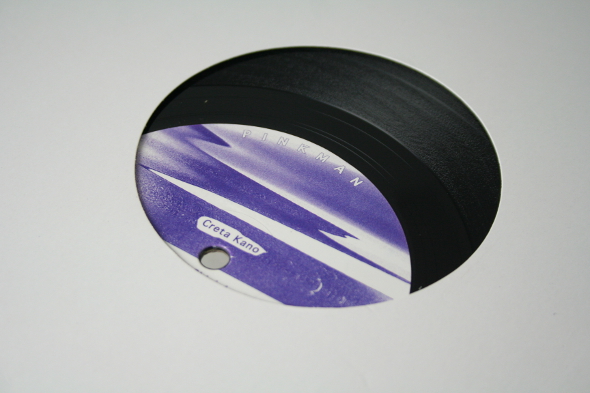 Germany and particularly Berlin is cited as the European capital of techno and house, but for this writer, Holland and its sprawling megalopolises run a close second. While the fledgling Pinkman label has nothing to do with the world’s most famous amateur meth cook, its launch does say a lot about the energy – non-chemical, natch – that is currently underpinning Dutch underground electronic music.

Without generalising too much, if it’s inspired by first-wave US dance music – Chicago house, Detroit techno and electro – and features a dash of European eccentricity, e.g. the camp melodies of Italo, then chances are it’s from Holland or has some kind of Dutch connection. Pinkman is a good example; run by the mysterious DJ Marsman,so far it has drawn on some of the country’s lesser-known talents, Drvg Cvltvre, Roberto Auser, as well as artists who have released on other Dutch labels, eg Myriadd.

The fourth release is by Creta Kano about whom no information exists. Not that this really matters; “Shinjuku”, which is named after a part of Tokyo, features heart-melting, eye-fluttering melodies and a gentle jacking rhythm for just three minutes. Kano gets to expand on this theme with “Ice Pick”. The synths are icy and detached but simultaneously wide-eyed and full of wonder, like early Detroit techno, and fused with rasping hats and solid drums to give them some dance floor relevance.

Pinkman has commissioned Legowelt to remix “Shinjuku” and it’s an astute move. In his own recent work, Danny Wolfers has focused on dreamy synth textures – check the recent Crystal Cult album sampler. For this reshape, he follows a similar path, merging a gritty bassline and drums that edge into the red towards distortion with ethereal elements that soar upwards. It’s not as potent as its namesake’s blue glass, but thanks to Danny Wolfers, Pinkman’s fourth outing still packs a powerful punch.

A1. Shinjuku
A2. Ice Pick
B1. Shinjuku (Legowelt Remix)