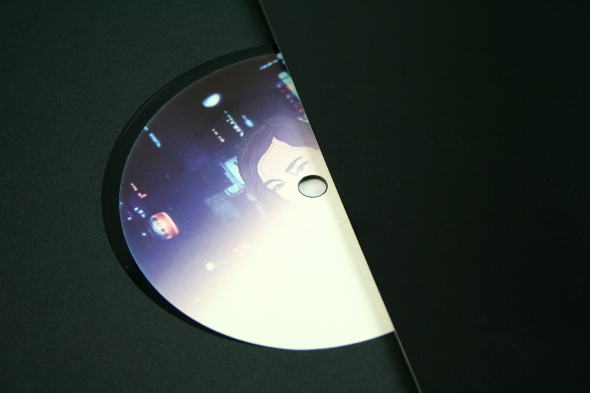 Young Belgian producer Innershades has enjoyed an impressive start to his career, pricking the senses of tastemakers with his wide-eyed, floor-friendly tributes to late ‘80s and early ‘80s European house and techno. First, there was “That Girl”, a misty-eyed blast of dancefloor nostalgia that sounded like Technotronic-era European hip-house with a formidable, basement-centric twist (not least punishing beats, distorted bass and sweaty, jack tracks-style builds). Even better was the No Stoppin’ EP on Crème, which successfully mined the often underappreciated back catalogues of obscure Belgian hoover techno labels for inspiration. The star attraction, “Nina at the Boiler Room”, sounded like a midtempo 2013 tribute to “Energy Flash”. No wonder it excited DJs young and old; everybody loves a bit of far-sighted nostalgia.

The question facing the 20-something producer is where to go next. Stick with his bullish, no-nonsense approach to early ‘90s revivalism, or twist, showcasing a depth and variety to his productions and potential for further development? His decision, it seems, was to have a stab at both, delivering some seriously robust, floor-friendly smashers while utilizing the full potential of the EP format. The Gravure EP is arguably the most interesting Innershades release to date, and a reflection of his growing confidence as a producer.

“Gravure” itself is seriously heavy; a fuzzy, distorted, stomping foray into early ‘90s European acid techno territory that takes no prisoners. Built around a thunderous kick, twisted 303 and accompanying sharp stabs, it begins big and just gets bigger. There are relatively few elements, but these are worked hard, with snare rolls and additional hand claps combining to whip the track into a frenzy of sweat-drenched dancing – all flailing arms, legs and furiously nodding heads. It’s arguably so big, in fact, that it should be handled with care.

Elsewhere, there are signs that there might be more to Innershades than bludgeoning beats and hedonistic floor-fillers. “A Night To Forget”, for example, sounds like classic Dutch electro – think Dexter, I-F etc – with his own personal twist. Sharp, ear-catching, wide-eyed electronic melodies are wrapped around distorted electro rhythms and a pulsating, throbbing synth bassline. It’s still tough, but there’s enough ear pleasing sounds to appeal to both DJs and home listeners.

The EP’s most startling moment, though, is “Neverending Summer”, an undulating and rush inducing take on vintage Chicago deep house that never wanders into hollow dreaminess. The beats are loose, the cymbals hiss, the bass rises and falls, and the melodies come thick and fast. Innershades’ love of vintage synthesizers comes to the floor, resulting in a kaleidoscopic, emotion-rich composition. Close your eyes, and you’ll conjure images of hazy sunsets, humid nights dancing under the stars and repressed memories of early clubbing experiences. It’s his most musically complex track to date, yet there’s a deftness to the production that means it never feels crowded or forced. It’s a thing of simple beauty, and reason enough to invest in the EP.

It’s perhaps telling that “Neverending Summer” was the track chosen by Wicked Bass to get the obligatory remix. It’s Dexter who steps up to shuffle the parts, turning the effortless original into a soaring chunk of darting techno – a saucer-eyed play on Detroit futurism with his own distinct European twist. It’s more energetic than Innershades’ original, with a greater urgency, but still bristles with far-sighted melodic intent. It’s a great remix, and an almost perfect accompaniment to the original version.

Innershades isn’t the finished article just yet, but there are certainly signs that he’s getting there. More pleasing than that, this is another tight four-tracker that strengthens his growing reputation. It will be interesting to see what he comes up with in 2014.