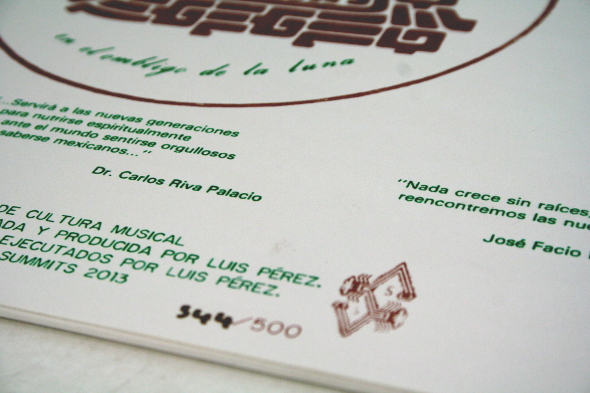 The year might be drawing to a close but that doesn’t mean the records stop coming.

While it’s generally considered that labels scale down their operations when a calendar year comes to an end, Bill ‘he who never sleeps’ Kouligas and his PAN imprint have done the exact opposite. Last week saw the release of Heatsick’s Re-Engineering LP, while this week veteran experimental producer Dalglish made his delayed debut on PAN with the Naiw Ot Vile LP, whilst Athens-based musician Jar Moff, a unique voice of the label, delivered two long form productions of cluttered noise, broken rhythms and disquieting calm in Financial Glam, Lastly, as part of the label’s end of year release deluge (on top of a recent batch of represses), PAN faithful Kouhei Matsunaga, better known as NHK’Koyxen, returned with a third edition of his now ritualistic Dance Classics series.

As you might have read on the internet, Burial is back on Hyperdub with a new single that points to pastures new. Rival Dealer was this week’s most talked about (and eyebrow raising) release that saw the stealthy producer make a positively unexpected route into hardcore breaks, which Brendan Arnott writes about in detail here. Staying in bass-related territory, Deep Medi issued two remixes of Mala classics on the one plate by Distance and Commodo, with the former’s take on “Changes” opting for a more classicist approach than the Harmonimix version done by Jim Blake, though those instantly recognisable vocal harmonies still remain central to the production.

Felix K’s enigmatic Hidden Hawaii elevated eight of its previously digital-only pickings from the Hidden Hawaii Digital operation to the physical medium with Volume Two featuring music from Double O, a Felix K collaboration with Es Tereo, and other Hawaiian graduates spread across three slabs of hand-stamped green vinyl. Meanwhile, Eglo continued to tease us about a debut album from the Queen Bee Fatima, issuing the Family EP whose traversing tempos and classic West London bruk beat soundtracked much of the week here at Juno Plus HQ.Born-again NYC no-wave troupe Death Comet Crew delivered their – and Diagonal’s – first full length release, Among The Crew, which pays homage to former member, the late Rammellzee, a New York graffiti artist known for his use of Gothic Futurism.

Minimal Wave also paid tributes this week with Rarities, a limited issue of rare out-takes and demos from short lived ’80s act Hard Corps, whose front woman Regine Fetet passed away over a decade ago. Initially released on cassette format, Rarities pulls together nine Hard Corps gems with “Killing Fields” and “C’est Pas Moi” particular highlights. This week also presented the first release from Sacred Summits, a new joint endeavour from Lindsay Todd and Stuart Leath, the men responsible for two of the most interesting UK label empires in Firecracker Recordings and Emotional Response/Rescue/Especiale. Launched with an open-ended remit to unearthing “the best and weirdest” sounds, Sacred Summit promises to be one of the most interesting new labels going forward, with the debut release a lovingly recreated reissue of the Ipan In Xiktli Metztli LP by Mexican multi-instrumentalist Luis Perez (as pictured above).

Before delving into house and techno territory, there’s some electro to attend to first with the release of Sparky’s Portland EP on Glaswegian label Numbers. A chance conversation with DJ Pete informed Jackmaster and co. that a certain Ricardo Villalobos was crazy for this slab of deep, almost Drexciyan electro released back in 2002 on Numbers precursor Stuff Records. Numbers have repackaged Dave Clark’s now legendary productions to toast their tenth anniversary which comes replete with a two part remix from Ricky V that can be played at either 33 or 45 RPM. Hivern Discs sign off 2013 with another debut that comes in the shape of unknown NYC/Norwegian quantity Michael & Mattis and their Hoes Before Bros debut 12″, while the fledgling NYC operation, Styles Upon Styles, continue their impressive barrage of releases with a debut from Mexican producer White Visitation. His arrival on SUS represents a second vinyl debut in this paragraph (following Michael & Mattis) with Ancestors EP – be sure to check out lead track “Permanent Swing”. Taking time away his Tuff City Kids collaboration with Gerd Jansen was Phil Lauer who delivered Laui XIV, his first solo record since last year’s superlative BIS transmission.

Unsurprisingly, a whole load of techno turned up at Juno HQ this week, and where better to start than Sigha’s first solo release since last year’s Living With Ghosts LP? Presumably taking heed from the backlash James Shaw received with that album’s racy cover art, A Series Of Desecrations opted for linear white diagrams on a black backing to represent his music’s aesthetic this time around. Inaugurated late last year by the tight pairing of biological siblings Truss and Tessela, the Brothers label introduced Mike Parker & Paul Birken and Greg Shappert (aka Donor) & Bill Youngman to the collaborative platform, while the aforementioned Russell brothers (Truss and Tessela) chipped in a remix each for Bristol techno producer Joe Farr on his debut 12″ for Irish label DSNT.

Perc Trax went head-to-head with Oscar Mulero’s Pole Group for a second time with another various artist EP featuring music from duos Forward Strategy Group and Exuim, and Manni Dee and Pole’s number one: Oscar Mulero. For something a little less techno, but still techno; pitched down breakbeats, classic rave, early ’90s hardcore and other UK flavours defined R-Zone’s eighth anonymous release this year, while last but not least was a repressing of Frak and Smea’s brilliantly weird Split LP from Börft Records first released ten years ago.