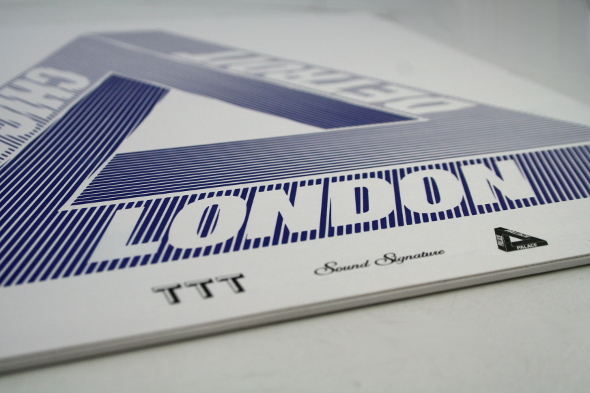 A new Theo Parrish record, the return of Shackleton and a US take on jungle from Lee Bannon provided this week’s highlights.

Although the record announcements for 2014 are starting to trickle in, the amount of tangible vinyl passing through our hands has yet to reach full capacity, Despite this, the past few weeks have seen a number of intriguing records slipping through. Not least of them was ABCD – the first big album of 2014, which came from Moodymann. Less high profile but just as worthy of investigation was the debut album from NYC-based producer Lee Bannon. Having previously dabbled in hip hop production, the Ninja Tune released Alternate/Endings in fact taps into the recent upsurge of innovative drum & bass and jungle productions, and is heartily recommended to fans of fellow Ninja Tune artist Machinedrum.

This week’s big single was Theo Parrish’s 71st & Exchange Used To Be…, the eagerly awaited collaboration between Sound Signature, The Trilogy Tapes and Palace Skateboards. As well as featuring some brilliant artwork, it contains some of Parrish’s finest tracks for some time, with the casual Rhodes keys and crisp percussion of the title track worth the money alone. Similarly coveted was the new 12″ from Shackleton. His first new material since the much coveted The Drawbar Organ/Music For The Quiet Hour boxset, Freezing Opening Thawing sees the producer move from sample-based techniques to synthesis methods, creating something much more psychedelic and vivid in the process, with a palette that comes across more like Laurie Spiegel and Heatsick than it does dubstep.

Also big this week was the return of L-Vis 1990 to Clone’s Jack For Daze imprint with another EP of stripped back tools for the club under the Dance System moniker. Taking a similarly Dance Mania-inspired approach to his last record for the label, all four tracks show that he has the energising functionality of ghetto house down to a tee. Complementing this was the latest Night Slugs white label release, seeing L-Vis 1990’s submarine grime track “Ballad 4D” getting a VIP version alongside one of Helix’s trademark bootlegs of “Not Mad”. Meanwhile the increasingly impressive Clan Destine label from Glasgow released the Polygon Mountain EP from Ubre Blanca, which provided their own brilliant interpretation of Giallo Disco paying homage to Goblin, Carpenter et al, whose silky sonics stand apart from similar revivalists. Further analogue sounds from Scotland could be found on the new EP from the vastly underrated Lord Of The Isles on Permanent Vacation, with five tracks spanning the breadth of his luxuriant take on house music.

Techno was as strong as ever, with Anthony Parasole and Phil Moffa’s new record for The Corner standing out for praise. Like their last collaborative effort Atlantic Ave, the three tracks contained within Pressure are a shining example of their tough NYC techno –  the lead track is appropriately titled with some dynamic EQing effects, while “Pitched Black” is just a pure banger. Even more throbbing was the new record from Mancunian duo AnD, with the three tracks of Kundalini filled with pummeling kicks and overwhelming sound design that offer an accurate snapshot of their remorseless DJ sets.

Berlin operation Killekill also returned with Genetically Modified Tracks, a collaborative EP from DJ Spider and Franklin De Costa. Given their individual credentials it goes without saying that the record is fairly driving stuff – no more apparent than on “Buzzsaw” where a sticky wooden block style rhythm is made all the more viscous by the thick bass line, muffled vocals and blurred jazz licks that cloak the channels. L.I.E.S. affiliate Vereker also made a return on The Trilogy Tapes with the Slain EP. Those who copped his excellent pair of 12″s for L.I.E.S. last year will know what to expect, with some typically grainy and clapped out techno sounds, though the material on here is arguably much more sinister and crawling.

In the world of more experimental sounds, the final round of Desire’s Ike Yard remix series offered the most impressive set of leftfield tracks this week, with Powell, The KVB, Bandshell and Vessel all delivering suitably fractured reworks of the source material. Ike Yard mastermind Stuart Argabright also appeared with his second Death Comet Crew record in as many months, with the Galacticoast Mori EP brandishing two new tracks of post-punk via hip hop, and remixes from the always entertaining Hieroglyphic Being and Gifted & Blessed. Also seeing release was Music Of The Firewalkers, the long awaited archiveal issue of Greek folk music from Berceuse Heroique affiliated label ΚΕΜΑΛ – check also the Vatican Shadow and Pete Swanson remixes! Finally the prolific WANDA GROUP’s A Slab About Being Held Captive arrived on NNA Tapes, offering two more longform examples of his entrancing collage-based musique concrete.