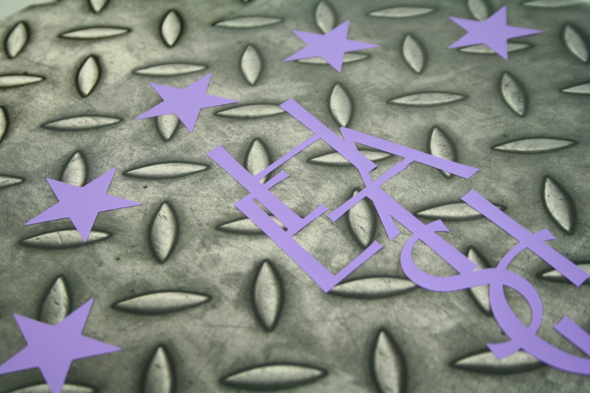 It looks like 2013 is the year that refuses to give up. We’re less than two weeks from Christmas, and the big records continue to arrive.

Heatsick’s superb Re-Engineering LP on PAN is the best of the bunch. We couldn’t possibly do it justice here – read Josh Hall’s incredible analysis here – but it’s conceptually light years ahead of the Casio house he’s best known for. Coming a close second was Pangaea Ultima, the new album from analogue synth veteran Steve Moore on Spectrum Spools. Nine sumptuous tracks long, it might be Moore’s most ambitious set yet; themed around the super-continent of the same name that geologists have speculated will form in the next quarter of a billion years, the music occupies “an atemporal space” that is far removed from retro pastiche or obvious sci-fi tropes. Add to that This Is Always Where You’ve Lived, the new LP of hushed lo-fi bedroom pop of Secret Boyfriend, Ghost Among The Crew, the new Death Comet Crew album on Powell’s Diagonal Records and the weighty slow-moving techno of Swedish duo Fishermen’s Patterns & Paths album on Skudge, and you have a wealth of material to dissect once the end of year lists have been digested.

Those looking for some collected vintage material should look no further than Music For Dance and Theater, the final part of Morphine’s essential Charles Cohen retrospective series. Those who have indulged in the previous two entries will know what to expect – analogue ambience and strange proto techno with a remarkable similarity to that of Morphosis – but this is easily the best of the bunch. Meanwhile Clone completed their epic Drexciya reissue series with Journey of the Deep Sea Dweller IV, which draws from a pool of Gerald Donald and James Stinson’s “rarest and most astonishing” tracks, covering the breath of their output during the 1990s, with five unreleased tracks featured. However, one of the most interesting releases in this category was Born Out Of Cheapness And Frustration parts one and two on Bunker, two EPs of acid house produced two decades ago by Ellis De Havilland. A man from Gary, Indiana, he apparently made the music on gear in his local church, and died of a heroin overdose in 1991 aged 23; his music supposedly only surfaced recently after being bought at an auction. Tragic real life story or fanciful backstory for one of the Bunker family’s many aliases? We’ll let you decide.

The sheer amount of L.I.E.S. material that is released on a now almost weekly basis has reached the proportions whereby we need to devote a whole paragraph to it. This week saw the arrival of their second label compilation CD Music For Shut-Ins, which featured two discs of both recent and unreleased material – Beau Wanzer’s mind-warping “Crush Of Lust” is worth the price alone for hardcore fans, but those who have remained on the sidelines while the label have dominated 2013 should find this an excellent primer. Accompanying this was the Music For Shut-Ins vinyl sampler, with contributions from Entro & Terri, Beautiful Swimmers and Marcos Cabral, while the aforementioned Wanzer appeared on the latest 12″ from the mysterious Russian Torrent Versions label which seems to draw from the L.I.E.S. artist pool. Not from the L.I.E.S. family but on a similarly grimy New York house tip was Nemesis Rising, the new album from DJ Spider. Comprised of material previously released digitally, the nine tracks here are arguably best heard on vinyl. Those looking for some warmer house music should check Hoes Before Bros, the Hivern Discs debut of Michael & Mattis, which fits snugly into the label’s discography of warm house music with a subtle hint of classic pop at the core.

Following a debut on the Kelly Twins’ Happy Skull label, Adjowa returned this week on Don’t Be Afraid’s DBA Dubs imprint with Science & Soul. With a talent for refracting boogie, house and Italo, he’s a perfect candidate to follow Claws For? and Kelpe on the sub label, with the title track also given a distinct “Snares Down The Stairs” remix from Max D, which draws on “grime, jungle and breakbeat hardcore tropes” to deliver one of the most unexpected things we’ve heard from the Future Times captain. Occupying something more of a grime and jungle position was Okada, the new record from Bristol’s Hotline Recordings, coming from former Idle Hands producer Rachael. Dominated by a broken rhythm and string lead, the track hints at a grime influence, but offers something with a little bit more crafty funk, while Sex Tags Mania co-founder DJ Sotofett provides one of his now legendary jungle reworks.

Perhaps the most exciting record of the week as far as we were concerned was the surprise fourth entry into Demdike Stare’s peerless Testpressing series. Recently awarded the number two spot in our top 100 tracks, singles and EPs of the year, the Testpressing series has delivered some of the year’s most visceral tracks, ripping apart jungle, noise and all manner of genres, and splicing them back together. The fourth entry is no different, with the spliced breaks of “Null Results” easily this year’s best piece of jungle revivalism. Even more extreme was the Andy Stott remix of New York heavy metal outfit Batillus, which simply has to be heard to be believed. Meanwhile Downwards capped off a stellar year with a second release from the OAKE duo, with the Vollstreckung EP covering similarly bleak moods as their debut, while Tri Angle delivered a curveball in the shape of the Preparations EP from experimental D&B producer FIS.

There was plenty going on in more conventional techno realms this week, with the latest release on Anthony Parasole’s excellent label The Corner coming from the under-appreciated Tom Dicicco; anyone who enjoyed Shawn O’Sullivan’s appearance on the label will be right at home with No Sympathy, whose pulsating techno is accompanied by suitably iron-clad beats. On a similar tip was the new record on Reference from Jack Murphy. Previously impressing us with Reference 03 earlier in the year, this new 12″ sees him weave the kind of sleek basslines Silent Servant would be jealous of around minimalist rhythms which could have passed for a Sandwell District release a few years ago. In fact, it just edged out Sigha’s new A Series Of Desecrations EP on his Our Circula Sound label in our affections, though its furious pace and detailed textures were as exquisite as ever from the producer. Those looking for some slightly more experimental techno should check the excellent Wish In The Maze EP from Skirt on Semantica, whose halfstep rhythms were explored equally as interestingly by Inigo Kennedy and Ancient Methods on their remixes.