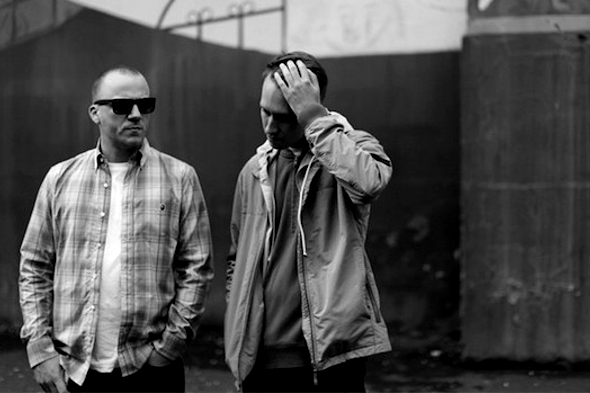 Preview the new Sunklo release from Boddika and Joy Orbison.

The fervour surrounding the Boddika and Joy Orbison production axis has seemingly tempered in the period since the last Sunklo transmission, the Pearson Sound featuring Faint which surfaced in July last year. News of the impending release, or Sunklofaw, however, is likely to send certain quarters of the internet into tailspin. Available to preview below, both “More Maim” and “In Here” demonstrate Al and Pete (or BoyO?) have lost none of their collective prowess for finely crafted techno tools, and the record marks a noted departure from previous Sunklo transmissions.

Whereas the likes of “Dun Dun” and “Mercy” were treated to the 21st Century phenomenon of being ripped from radio, posted on Youtube and dissected by all before their release, both tracks on the forthcoming Sunklo have seemingly remained free from such fate and the 12″ should arrive with a sense of excitement and intrigue.