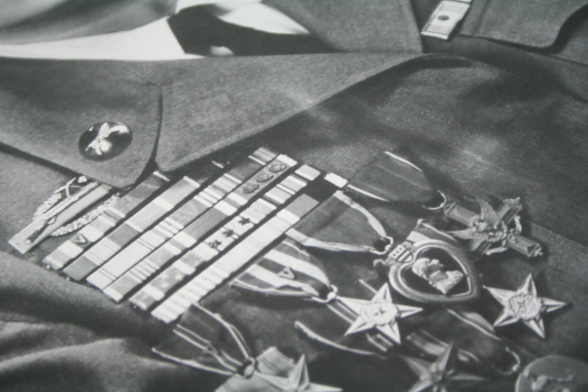 Terrence Dixon’s release schedule is the same as waiting for a bus: you wait for ages for one and then a few arrive all at the same time. Joking aside though, Badge of Honor follows last year’s From The Far Future 2 for Tresor in quick succession and rounds off a flurry of activity from the Detroit producer. It also marks a shift in sound; like his recent Lost at Sea 12” for Nick Dunton’s label, the follow up album refines the tough techno that Dixon originally explored many years ago as Population One.

In particular, “High Current” and “Deploy” are functional tribal grooves, albeit with an unmistakable twist; the former revolves around a lopsided rhythm and a menacing bass, while the latter’s filtered drums provide the basis for an eerie organ solo that snakes through the arrangement. “Incoming” and “Lock out Chamber” are even more functional, consisting of little more than belching basslines and pummelling drums.

In the process, Dixon has not forsaken his experimental approach, which he brings to to the fore on the album’s other dance floor tracks. “Out of Time” is a brilliant interpretation of Detroit techno, as shimmering synths are submerged in a blizzard of rasping percussion, what could be gusts of wind from bleak mountains howl their way through “Ships in Fog” and “The Connection” marries Suburban Knight’s paranoid, bass-hevay sensibilties to a relentless, jacking rhythm. On the album’s more abstract moments, Dixon revists his pointillist minimalism (“Operation Acoustic”), throws caution to the wind and delivers “Space Probe”, an abstract arrangement where ponderous vocals sit next to detuned, jarring riffs and ventures into the “Radio Room”, where shadowy synths and flickering samples provides the album’s most disturbing moment.

As this latest album shows, Dixon is right up there with Detroit techno’s other greats, but unlike Jeff Mills, Mad Mike and Juan Atkins, until now has remained a relatively unknown quantity. Hopefully Badge of Honor will see him rise to the surface.