Stanislav Tolkachev – Simple As A Miracle 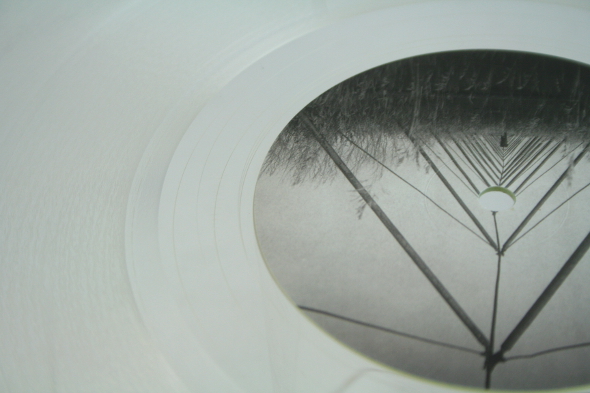 For a name that rolls off the tongue, Stanislav Tolkachev, is the best you’ll likely see for 24 hours after reading this review. He’s a producer I have been following since being delegated the review of Techno.UA’s debut release, a various artists sampler called Detroit Berlin Kiev: Techno Connection. Haven’t heard of it? I don’t blame you, neither would I had it not been sent to me. It wasn’t really a memorable release either (it was the label’s only release) but for some reason I find myself regularly casting thoughts back to it. This, I think, is because Tolkachev’s track “Negative Space” was by far the EP’s standout production which I described as having “the busyness of Drexciya with the pounding rhythms of Robert Hood”.

The Ukrainian covered the Motor City corner of the EP’s Detroit-Berlin-Kiev connection, and Etapp Kyle, recently signed to Klockworks, was responsible for the Berlin third. So in hindsight, maybe Techno.UA’s sole release was in many respects definitive, as well as being a digital nugget of eastern bloc techno. And since January 2012, the Ukrainian’s pleasantly pronounceable name has appeared on labels like Mike Parker’s Geophone, Max_M’s M_Rec, Dasha Rush’s Full Panda – and now, Semantica.

Tolkachev’s productions can sometimes sound like Robert Hood, Jeff Mills and Mike Banks’ collaborative X-101 and X-102 projects, mostly for their frenetic, lo-fi, but industrially tough and dark-ravey elements. Tolkachev’s addition to the Semantica roster saw him join an established cohort of low-lying artists – Tom Dicicco Plant43, Ed Chamberlain – to appear on Svreca’s label this year, and given its abstract nature, Simple As A Miracle, is arguably Semantica’s most intriguing and club-ready release of 2013.

Tolkachev has a knack for making his music difficult for DJs to mix, even when the clips sound seemingly straight forward. Once a DJ is at the controls of a track like “Dog Saves Dog” or “Future”, a clear cue point, beneath the swathes of bubbling synths, twisted atmospherics, obtuse time signatures and off-the-grid programming, is almost impossible to pinpoint. In a year where techno has by in large been about harsh, industrial sonics and linear to uninspiring club tracks, Tolkachev productions shine grainy light on a patchy nether region of techno that’s very Detroit sounding, but distinctly European, it’s connected.