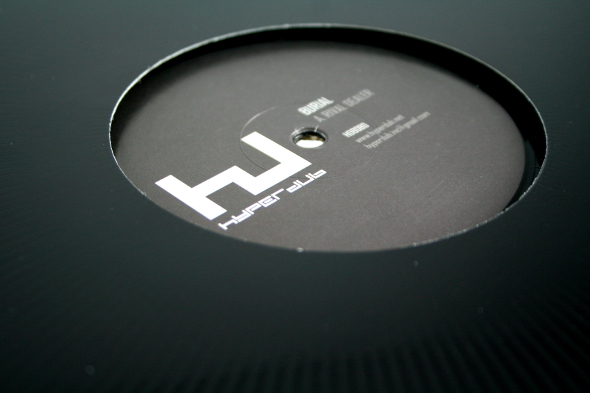 This year, A$AP Rocky gave a shout out to queer and transgender folks in a rap verse aired during the BET 2013 Hip Hop Awards. It was an exciting show of solidarity that you might have missed if you didn’t strain your ears. Two months later, Burial’s Rival Dealer EP arrived in typical minimalist style: a small announcement, a black album cover sans image. There was no real press release, but it also contained a message.

Near the end of the sprawling, 13-minute “Come Down To Us”, there’s a minute-long vocal sample of filmmaker Lana Wachowski discussing her transgender identity. “Without examples, without models, I began to believe voices in my head… that I will never be loveable,” Lana sighs. There is no music behind her voice, mostly silence and Bevan’s signature sparse vinyl crackle. “Years later, I find the courage to admit that I am transgendered, and that this does not mean that I am unlovable” she continues, ending the track with a vision of possibility that extends beyond the world we know – that the worlds we create here in this room “might be used to gain access to other rooms, to other worlds previously unimaginable”. An ambient hum overtakes Lana’s voice, and the track dissolves into darkness.

Bevan’s ability to create moments that feel incredibly intimate and tender has been a recurring theme throughout his career, but there is something searing and urgent about that minute that feels unlike anything else that’s come before it. For one, it’s the longest unedited sample that Bevan has made to date. Searching Wikipedia for Burial samples has always been interesting because of how obfuscated they’ve been, how difficult it is to figure out that it’s actually Ray J’s falsetto in “One Wish” that we heard as a heartsick, gender-ambiguous love cry.

But there’s something very purposeful about Wachowski’s quote – and perhaps also about the uncontainable energy surging through the whole release, which carries interlocking and thematically sound clips about identity, confusion and gender. An extensive list of samples used throughout is viewable here for those interested in doing a close reading.

Interestingly, the themes that Rival Dealer explicitly addresses have been surging through Bevan’s output for years now. A Twitter user called ariel that this writer regularly engages with recently dug out an excerpt from Burial’s eloquent interview with The Wire back in 2007 which touches on themes of nuanced gender flexibility. In it, Bevan describes his tunes as “kind of half boy, half girl” amalgamations, and remarks on “the presence of both girls and boys in the same tune”. Tom Lea shared this curiosity about the potential for personal identity politics underlying the release in his recent Rival Dealer think piece.

Public response to Rival Dealer resulted in Bevan issuing a statement of sorts, sending a text message to Mary Ann Hobbes which was read on out on air during her 6Music show this weekend. “I put my heart into the new EP, I hope someone likes it” he states. “I wanted the tunes to be anti-bullying tunes that could maybe help someone to believe in themselves, to not be afraid, and to not give up, and to know that someone out there cares and is looking out for them… it’s like an angel’s spell to protect them against the unkind people, the dark times, and the self-doubts.”

The statement doesn’t address whether or not Bevan is personally connected to the themes discussed in Rival Dealer, but perhaps that shouldn’t be surprising. Burial has been historically very protective of privacy and personal details – this is the person who has a twitter account with nearly 28,000 followers and one vague tweet referencing Metal Gear Solid. But whether or not there’s an overlap between the message of sexual acceptance and his own life, it’s hard to deny the love, vulnerability and support that is bursting from every note of the EP.

Sonically, it also feels unhinged from previous Burial releases – there’s sitar, slowed 90’s breakbeat, moments of heart wrenching Euro-pop – Bevan explores new percussive textures with a reckless abandon. It even sounds joyous at times, the 2:30 mark of “Hiders” is the closest to stadium-size catharsis that he’s ever ventured, containing a vocal sample proclaiming “you don’t have to be alone” backed by propulsive drum machines. “Rival Dealer” is more abrasive and chaotic. Largely comprised of raw static, distorted backspins and a Lord Finesse sample, it’s buzzing with the kind of breakneck energy that isn’t usually paired with Bevan’s reigned-in persona. There’s something gleeful and infectious in its muddled turmoil that’s hard to pin down.

But nothing can compete with the sprawling beauty of “Come Down To Us”, which manages to sound sad, hopeful and wistful all at once. As with the best Burial releases, it seems to be “out of time” – a track that unhinges itself from any generation, one that could’ve been wafting across pirate radio channels in the mid 90’s, or created yesterday. It’s a track that acknowledges and embraces loss and futility (opening with several shallow breaths and the admittance “excuse me, I’m lost”) while retaining a shred of optimism, a blurry mystique that seems to suggest another world is possible. The message of solidarity in “Come Down To Us” feels similar to the monologue running through Terre Thaemlitz’s ‘Ambient Ballroom’ mix of Oh, Yoko’s “Seashore”, where we are given fragments of a conversation that urges an unknown subject not to “give into despair”, and how it’s “so hard to love ourselves, and find what’s good for our lives”.

The supportive monologues that Bevan and Thaemlitz incorporate seem to nod to recently deceased queer theorist Jose Munoz’s ideas that utopian feelings matter, that they’re essential for paving the way to a transformational future. Though Munoz knows that “such utopian feelings can and regularly will be disappointed… they are nonetheless indispensable to the act of imagining transformation”

Around the time this review was put together, the Wikipedia page for Rival Dealer had been hacked and filled with dismissive comments. In a way, it proves Munoz’s point – the path of re-imagining the world around us, or dance music’s relationship with queerness, is fraught with failure – those who will shrug their shoulders about inequality and groaners on Twitter who gripe about how gender “isn’t an issue in dance music anymore”. But this EP isn’t for them.

However, while this writer feels overwhelmingly supportive of this EP, Bevan’s release also raises some tough questions. What does it mean to be “supportive” to other communities (whether they’re racialized, queer, transgendered or disabled) when you’re making music? Where does the blurry line between homage and cultural appropriation come into play? What would it mean if someone felt tokenized instead of supported by these tracks? While the answers are elusive, they are very worth seeking out. And if more voices like A$AP Rocky and Burial keep speaking up, maybe we can work on them together.