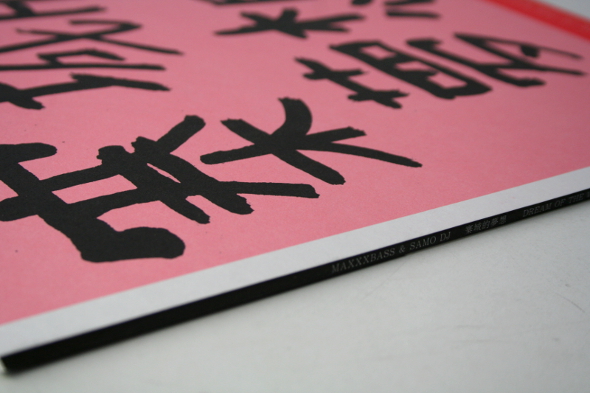 KWC 92, some excellent remixes of Bee Mask, and the return of Madteo provided some of this week’s highlights.

Although this week saw our end of year coverage begin in earnest with lists of our top reissues, compilations, albums and labels, it didn’t stop the new releases, which continued to flood in at an extraordinary rate. One record we were most eager to get our hands on was Dream of the Walled City from the KWC 92 pairing of Samo DJ and Max Stenerudh, which provided one of the most unique L.I.E.S. release in the label’s already storied history. A conceptual soundtrack to a film about Kowloon City, the densely structured seven acre plot of high rise accommodation that housed as many as 50,000 residents before its demolition by the Hong Kong government in 1993, it provides a mesmerizing combination of ambient Eastern music and proto techno housed in a sleeve that is the label’s most beautifully designed to date. This was complemented by Traumprinz’s Mothercave, the third full-length from the Giegling label which was expectedly wide ranging in its sonic palette, and Conforce’s new album Kinetic Image, featuring all the subaqueous techno and electro we’ve come to expect from the driven producer.

This week also saw some hotly anticipated 12″s arrive, with the return of Madteo on Rabih Beaini’s Morphine Records (recently crowned our #3 label of the year). Insider – which we’re hoping is a wry comment on the “outsider house” trend – sees him plunge eve deeper into the freaky techno seen on his Noi No album, with the sluggish droning crawl of “The Hidden Hand Principle” some of his weirdest material to date. In addition to this was the first release on Bee Mask’s Pear Growers Series label, which saw the Philadelphia artist remixed by both Surgeon and Abdulla Rashim. Anyone who has caught Surgeon’s remix of “The Story Of Keys & Locks” on his Rinse FM show will know just how unashamedly euphoric his remix is, and is pretty much essential in our opinion, though Abdullah Rashim’s minimalistic version of “Unripe Pears” is equally as brilliant.

In the world of more bass-centric music, Joe’s Punters Step Out 12″ for Hemlock provided two tracks even weirder than his Hessle outing last month, with the title track defined by a drunken Hammond which is warped to an insane degree and smelted to a ruff edged drum lick that will cause all manner of chaos down the dancehall. Coming a close second was the new release from Kowton on his Pale Fire label, with the ear splitting subs and rapid fire grime percussion of both “H Street” and “Helsinki Sunrise” proving to be some of his most deadly weapons yet. However, there were also strong showings from a number of like-minded artists this week. Batu delivered Spooked, his second single of lumbering techno for the Dnuos Ytivil offshoot of Livity Sound, Bambounou released more of his lopsided techno on the Ignition single on 50 Weapons, and French Fries heralded a forthcoming debut album with the Machine single containing two swung bass-heavy club tools.

One of the week’s more unexpected sights was that of The Analogue Cops turning up with the In Plain Clothes EP on Hypercolour’s Hype LTD series, with four raw, scuffed house tracks that are the antithesis of Hypercolour’s usually sleek sound. Similarly feelgood house music was provided by the increasingly prolific Xosar, who inaugurated the Ensemble label with Retreat to Rapture, featuring four deep analogue jams that explored her obsession with all things extraterrestrial, while Amir Alexander popped up the Secretsundaze label with two typically understated house jams on Don’t Go, something also showcased by Irish producer Boya on his vinyl debut for the Mister Saturday Night label. However, it was the renewed team-up of Bok Bok and Tom Trago for more of their Night Voyage Tool Kit productions that really excited us this week, providing two of the weirdest house and techno jams of the week, with a title track quite aptly described as equal parts “Jersey Club and Herbie Hancock”.

Top of this week’s techno pile was the appearance of White Material’s Young Male, who took some time out from maintaining one of the crew’s more amusing Twitter feeds to produce four tough, stripped back 909 workouts for the Lost My E EP on Spencer Parker’s Work Them Records, but it was closely followed by the Don’t Be Afraid debut of the artist formerly known as Darling Farah, who dropped the prefix and released the Metal Irene EP, whose dark, dubby productions came replete with a tangible sense of space. Meanwhile Marcos Cabral’s production renaissance under the guidance of L.I.E.S. boss Ron Morelli continued apace with the Capri Social EP for the label. Those impressed by his False Memories LP will find much to love in the loose kicks, psychedelic melodies and in your face, booming techno of “Goetz”. At the more extreme ends meanwhile, the Feral Grind compilation (and accompanying vinyl sampler) on Perc’s Submit label arrived featuring noise, techno and experimental sounds from the likes of Prostitutes, Bleaching Agent and Pete Swanson.

The experimental fringes were characterised by a strong showing of hazy sounds, led by Treillis, the debut album on Desire from Chilean producer Ricardo Tobar, which ran through a gauntlet of analogue tones and radiophonic melodies over its 11 tracks which are highly recommended to those who enjoyed James Holden’s The Inheritors from earlier this year. Similarly gritty but steeped in melodic prowess was the Hope EP, from Italian producer Vaghe Stelle. Arriving on the increasingly intriguing Gang Of Ducks label, it fits in with the label’s decayed, warped sound aesthetic, with remixes from Best Available Technology and G.O.D. which take the originals into grittier corners. Finally, Luke Wyatt returned with a new single under his Torn Hawk alias for his Valcrond Video label. Unlike some of his recent L.I.E.S. outing, We Burnt Time distances himself from the grime and grit some associate with his productions, with two tracks having more in common with the more expansively voiced compositions on Emotional Response release Teen Hawk, or the cinematic melancholy of the untitled EP he released under the alias Lossmaker.