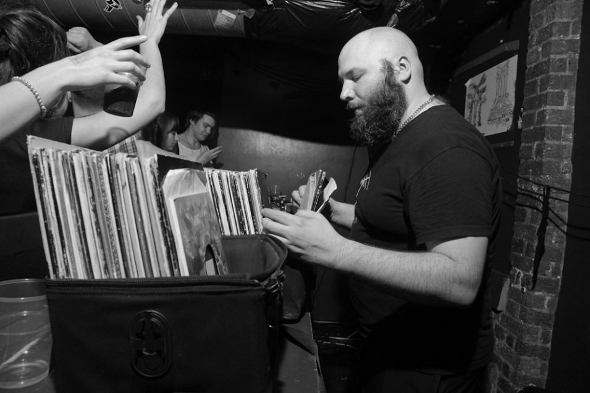 London promoters Make Me host Sound Stream and Prosumer for what will be a jolly five-hour back-to-back set at Autumn Street Studio on Friday, December 20th. To celebrate we have a double pass to the event to give-away.

It was a busy November for the tireless crew at Make Me who flew in Berliners nd_baumecker, and Marcel Fengler and Ryan Elliott to London for two separate shows. They keep their Berlin connection alive for one last time in 2013 by bringing in two of the German capital’s most loved selectors in Soundstream and Prosumer on December 20 for some back to back mixing. Individually, the pair are known for their adroit mixing through disco, funk, house, and other classics and obscurities – just try and resist dancing to Prosumer when he drops Grauzone’s “Eisbär” which he is known to do.

The Panorama Bar regulars will wrap up a successful year of parties for Make Me who during the course of 2013 have been one of the city’s most consistent parties, booking a host of trans-Atlantic DJs such as Tevo Howard, DJ Qu & Anthony Parasole, Marcellus Pittman, and Fred P, while artist-bookings closer to home include a loft party with Smallville’s Lawrence and a Ben UFO ‘all nighter’ at Autumn Street Studio in October.

We have a pair of tickets to give away for the night with the competition closing at 2pm on Wednesday, December 18. The winning entrant will notified via email shortly afterwards.

[jp_comp question=”What was the name of Sound Stream’s last record released on his own label, Sound Stream?”] 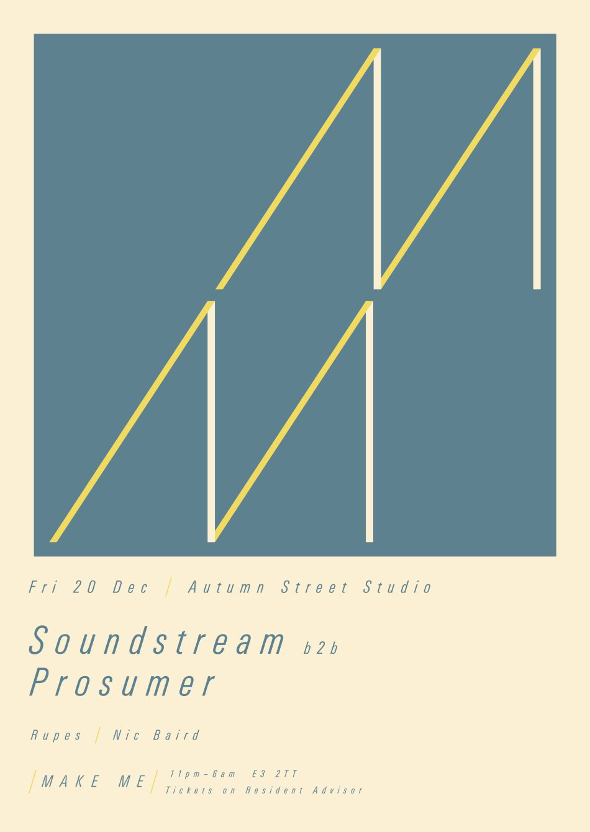