Don’t Be Afraid celebrate turning four years old with DJ sets from the label’s artists and a live set from Mr. G at a new inhouse Corsica Studios night – and we have a stack of DBA vinyl to give away, plus a double pass to the event.

Distant Cousins is a new monthly in-house event run by Corsica Studios focused on delivering an intimate vibe and closely-knit evening by limiting the number of tickets on offer, while providing their guests “the chance to stretch their legs and dig a little deeper”, and shining more of a light on resident DJs. For Don’t Be Afraid’s fourth birthday, Detroit native MGUN will make a return to the venue after his recent performance at the Bleed/Plex/Colony three-room extravaganza last November, while DBA stalwart, Mr. Beatnick, shares the bill alongside label head Semtek and resident Nick Craddock.

In 2013 DBA experienced its most productive year to date, chalking up more than ten releases across its main, DBA Dubs and Spargel Trax’s labels, which saw MGUN, Disco Nihilist and Neville Watson, debut on the London label’s several platforms alongside (Darling) Farah, Kelpe, Alis and new name Halvtrak. The headlining Mr.G on the other hand, kept his never ending run of prolific form constant in 2013 by gracing a range of labels like Gerd Jansen’s Running Back, the French Bass Culture, his own Phoenix G, and a intriguing split 12″ with Vinalog for Relative, while his most celebrated release came via long-time associates REKIDS with the Retrospective compilation.

Distant Cousins have also detailed some of their other confirmed bookings for planned parties this year which includes Italo Johnson, Kassem Mosse, Mix Mup and Even Tuell, and Session Victim.

This competition’s winner will receive copies of Neville Watson, Adjowa, Farah and Halvtrak records for DBA along with a double pass, while a runner up will win a double pass to the event. To enter just answer the following question – the competition will run until 2pm, Wednesday February 5 with the winning entrants notified via email shortly afterwards. 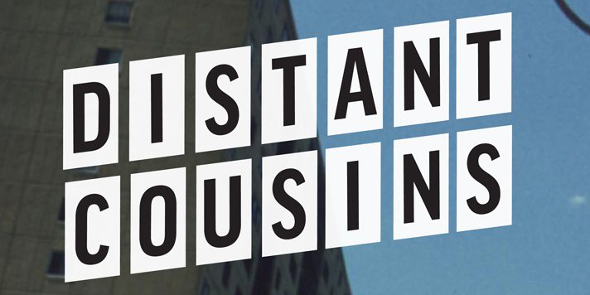