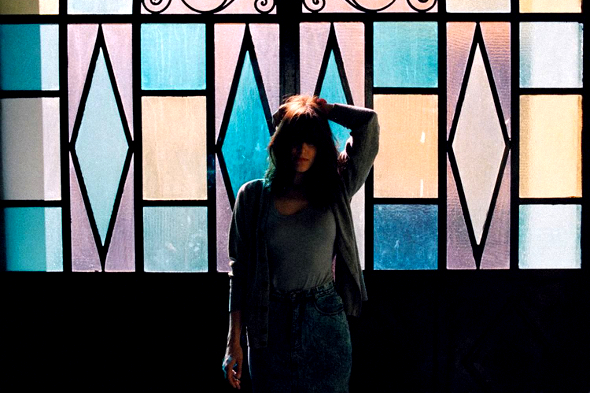 Stream a suitably hazy track from the Estonian pair’s forthcoming EP on the Porridge Bullet label.

The Tallin-based Porridge Bullet collective was responsible for one of this year’s most illuminating records in Untitled by Hüpnosaurus, which excavated a track that label co-founder Raul Saaremets made with fellow Estonian Aivar Tõnso from their early ’90s cassette-only archives. Wearing their passion for early Cabaret Voltaire on their sleeve and sounding like it was recorded in a cave, the track was complemented nicely by a 13-minute Hieroglyphic Being ‘replay’ that was as stern as the original was delicate.

Having inaugurated Porridge Bullet last year with a collaborative release alongside Maria Minerva under his Ajukaja guise, Saaremets is teaming up with his celebrated compatriot once more for a four track EP due in January. As tasters go “C U Again” is pretty spot on, with Saaremets’ crisp house backbone the perfect accompaniment to those detuned synths and Minerva’s distinct vocal delivery.