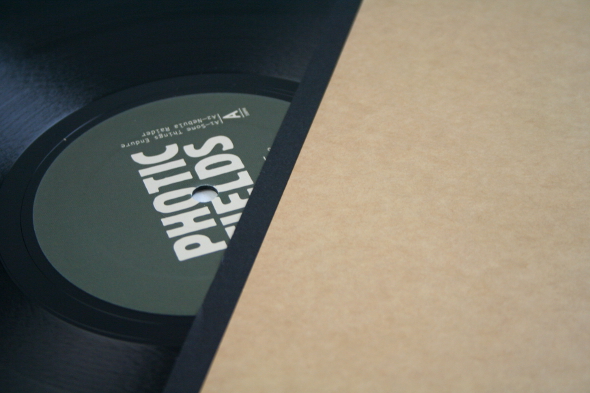 Dublin-based Italian producer Lerosa follows Leonid, Aroy Dee, Perseus Traxx and Automatic Tasty in contributing to the fledgling Photic Fields label based out of Nijmegen, The Netherlands. While Leo Rosa is known primarily as a house artist, this narrow description does his work a disservice and overlooks his early release for D1,  2011’s pop-friendly Amanatto album and the electro-tinged sound of his No Mad Rush release for Apartment last year.

In that respect, the Woman Flew Home EP is true to Leo’s previous form, fusing unexpected curveballs with conventional approaches and ideas. “Nebula Raider” radiates with the shimmering chords of Detroit techno, as viewed through the prism of Visitor’s 90s classic Basement Life (released coincidentally on Dublin label D1) and set to the backdrop of a jacking groove and doubled claps that often permeates Leo’s work.

On “Postmodern”, he revisits the jazzy, offbeat house previously explored on his Design release for A Touch of Class back in 2007, with tasteful keys this time underscored by warm electro bass pulses. It is the music of the 80s, or variants thereof, that provide the biggest surprises here. The purring bass on “Dream of Flight” is a sound that Leo has explored before, but not with crashing Miami Vice-style drums and the kind of warbling, Danny Wolfers-style space synths that prevail here. Close your eyes and it could be one of the Dutch producer’s side-projects.

The biggest surprise here however is “Some Things Endure”. It sounds like Leo has spent some time listening to old Alden Tyrrell records and has reapplied those pulsing basslines and tearjerking melody lines to his own production. The end result is less frenetic than Tyrell’s high-octane approach, with the interplay between the pulsing bass and airy synth lines giving off an air of mystery and intrigue that had not previously surrounded his work. Certain things do indeed endure, but for Lerosa, releasing re-runs of his previous records is not among them.

A1. Some Things Endure
A2. Nebula Raider
B1. Dream Of Flight
B2. Postmodern